Does The Language We Speak Shape How We Think?

Posted on January 5, 2011 by profesorbaker 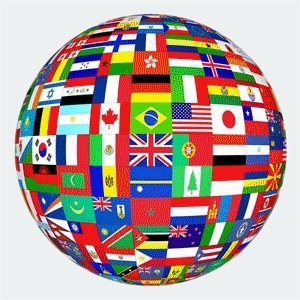 Does your language shape the way you think?

Does the language we speak shape how we think?

I find this question to be an intriguing one. In fact, it was recently the subject of a lively debate at the Economist news magazine. Now, I speak three languages rather well. English is my mother tongue, my first language, my first love, so to speak.

German is my second language, the language in which I lived and learned my first profession, nursing, after being a soldier in the US Army for the first ten years of my adult life. As I think about that, spending ten years of your life doing one thing consistently, in my case being a soldier, actually qualifies that as a profession, especially if your approach is exemplified by professionalism. The US military is probably the most professional on Earth today. OK, if I can get you to accept that, then let’s call Nursing my second career, but I have digressed.

German is my second language. I learned everything I know about nursing in the German language. As a native-English speaker, I automatically translated from German to English during the first six months of my nursing education. This means that on an average day, when I had prepared before class, I usually succeeded in understanding about 50% of what had been said in class.

It wasn’t until I realized that I was on a fast track to failure if I didn’t stop translating in class that things changed. At the six month point I stopped translating and began processing every single word in German. My learning curve shot up off the chart, an exponential learning curve that would please any demanding investment banker.

The results for me was a very wonderful learning experience as I went on to become a Nurse in a very rigorous education system. At the end of my program for an example of rigour, I had to pass an oral exam conducted by a medical doctor, an all encompassing written exam, and further, a practical examination of my actual nursing abilities, with real sick people, in a real hospital. The Germans even have a national law, called the “Krankenpflegegesetz” that regulates this test. Although from 1990 to 1993 I had completed all my training, I would not have been allowed to even call myself a nurse, or “Pfleger”, unless I passed that test. Again, I digress, but you will forgive me, for I find myself in the magical waters of a sweet memory… 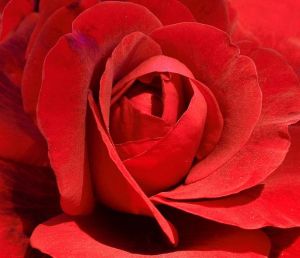 "A rose by any other name would smell just as sweet." William Shakespeare

Back to linguistics. When I came to the United States, in 1996, after 6 years of doing everything professionally in German, I quickly found myself with an inadequate English vocabulary in Nursing. I decided to give myself a crash course in English nursing vocabulary and began this process by using the NCLEX RN software in preparation for the licensing exam that I was required to take (and pass) before I would be allowed to work in the USA (California).

When I look back on this, English nursing vocabulary became additive to my German vocabulary, and not a replacement. From experience, I knew that translation meant a loss of speed, it slowed me down, and consequently, it leads to incomplete mental participation – in the moment. So, I made a conscious decision to become a nurse who used English as a first language in the USA, just as I had also made a conscious decision to use German as a first language in Germany. What were the results?

First, I passed my nursing exam in the USA, and over the next four years, first started as a nurse on the night shift (few people like this shift, though it’s higher paid, but you are often alone with a large number of very sick, and sometimes, dying people).

From there I became the Director of Staff Development at the same hospital where I had been a night nurse. to put it humbly, I was a very dedicated nurse, and also highly skilled. I donated my time freely to the American Red Cross, where I was a certified First Aid and CPR instructor. Additionally, I was also a member of a military medical unit in the National Guard, and was twice sent to Alaska, to provide nursing care to Eskimo natives in small isolated villages. These were humanitarian missions. And in one incident, a team in which I was a member saved the life of a gunshot victim, using the very limited means we had at our disposal. We were awarded the alaska Humanitarian Service Medal, Alaska’s highest non-war related medal, by the governor of Alaska himself, at that time, the Honourable Mr. Tony Knowles. As you can see, the choice of making me the director of Staff Development was a good one, even if I so humbly tell the story myself.

Sixteen months later, I became the Clinic Manager at a small Community Clinic (Peterson Clinic, in Woodland, California) which provides health care to a large, low-income, mostly migrant-worker, Hispanic, Latin-American population. As you can tell by now, the work was very fulfilling. The common thread that runs through all of this is the linguistic one. I have to turn now to my third language, Spanish.

In Spanish I have learned the language of love. I live in Chile, where I met my wonderful wife, Gaby. My wife is from Chile, and though she speaks English as well as any advanced student of English does, we communicate in Spanish. Early on in our marriage we discussed seriously where we would be most happy, living in the USA or Chile.

All of our friends are here in Chile, my wife has been working at her job for more than a decade here, and the weather is great. Every now and then we have earthquakes – miners trapped in mines – fires in prisons – but when one honestly speaks the truth – these things are not unique to Chile. Life is what it is, here, there, everywhere.

To top things off, my family loves coming to Chile to visit, so, for the past ten years, Chile has been my home. I’ll tell you a secret: I’ve already got my gravesite bought and paid for, so that’s a clue for where I intend to be living for the next fifty or sixty years.

Again I digress, but I am now in the majestic flow of some tremendously powerful, magic waters: I am immersed in the sweetest of my sweet memories, love itself. Where was I? Love and language. Yes.

I speak three languages fairly well, successfully, in terms of communicative competence, in being able to get things done in each language I speak. And these are beyond survival skills. In English, I’m a teacher of English as a foreign Language. In German, I’m a Nurse. In Spanish, I’m a lover, a husband, a home owner and a grave site owner. We can agree that I own these three languages: English, German, and Spanish.

By now, it must be obvious that I’m also a different person according to the language that I speak. In English, I’m a poet, I dance with words, I make the words sing, I make the words touch the very souls of those who come to read and share in my magic.

In German, I am a humanitarian, sacrificing myself to a greater cause, my shared humanity, helping those who have reached a moment in their life that requires the attention of another human being to do things for us that we would rather have the health to do for ourselves. That’s a delicate proposition my friends.

In Spanish, I am loved, and respond with a personality that shows amabilidad – friendliness, amistad – friendship, cortesia – courtesy, and confianza in uno mismo – selfconfidence. I attribute all these pleasant personal characteristics as springing from one source, namely, my wife’s love. Do not bother asking her why she loves me, because I honestly don’t think she’s figured it out yet.

We saw each other on a rainy day for the very first time. She went home that day and told her
best friend she was going to marry me. I was impacted by her beauty, grace, and charm. the rest, as they say, has been, and continues to be, and I have no doubt about the future, it’s all history…

What about you my friend? Does the language you speak shape the way you think? Does it affect your personality in some way that you would like to share? Post your comments, I’d love to hear from you…

Spanish is the language of my love of life