The Wedding Singer: Would You Let This Woman Sing At Your Wedding?

Posted on January 7, 2011 by profesorbaker

Sweeter than heaven, hotter than hell. Sounds like something I’d say to my wife, Gaby, since both comments describe her perfectly. But come on, as a wedding song? I mean for seduction, anticipation of pending passion, perfect – but as a wedding song for a sultry wedding singer? What do you think?

What am I talking about? Oh, there I go again, in media res, always starting in the middle of things. Firstly, let me take your questions.

3. This is my question for you, dear reader: “If you could have any singer on the planet sing at your wedding, who would it be?”

OK, now let’s get you some answers. First, the lucky couple getting married is none other than Prince William and Kate Middleton. They have set the date for April 29th, at 11am.

Right. I got married with my sweet Gaby at 8pm and then the all-night wedding party, complete with chauffeur driven white limousine to kick things off, (really) the party was on after that.

All night long, Gaby had to carry me home for the pre-dawn festivities as she made me hers, if you catch my drift… But I digress here, but you know me, I am again immersed in the magical waters of my sweetest of sweet memories. Somehow, Gaby is included in all 3 of those memories 🙂

OK. It’s a British Royal wedding. 11 am means the whole country, indeed the whole world, will be televising the wedding. Let me repeat: The whole planet will be watching this wedding.

From the smallest Ubuntu village in Africa to the smallest and coldest Eskimoo igloo in Alaska to a cave in Afghanistan where even Osama Bin-Laden will be watching (I’m not kidding – Osama goes in big for places where lots of people are hanging out – he digs those mass human presence events) the whole world will be watching.

In Chile, every television station in the country will be showing the wedding – live. So, yes, it’s a British wedding, but this is gonna be a live televised event. Global, this is going to be even bigger than the 33 Chilean miners. (Remember those guys? Already forgotten right? They had their 15 minutes of fame, now it’s the Prince and Lady Kate). Plan for it. 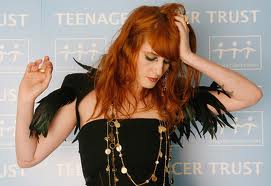 So in all fairness, Florence believes this is a win-win for the couple and for her. The Prince (Charming) and his royal bride (future Queen?) Kate (Queen Kate – get used to it), get a free wedding singer. Florence gets global exposure for her lovely voice. Sounds like both sides are gonna be winners. I mean, it’s already started.

The Prince is a classic kind of guy, judging by what I’ve seen of his intended, Lady Kate, soon to be Queen Kate (I know it’s early, but the royal family is pretty old last time I looked, and the Prince and Lady Kate are pretty high on the waiting list). Kate is stunning, isn’t she? Looks like there are going to be many loyal British subjects… Where was I? 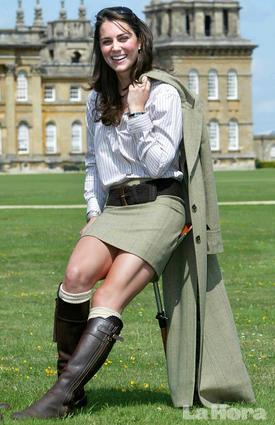 Florence. Florence Welch (remember the name) is great. Check her music out on the video at the Dave Letterman show in New York. I like what talent she showed. Great voice. She rocked Dave’s world, and she could do it for the Prince and Kate too.

So Florence, I’m with you, I support you on this 100%, and I’ve got a gig for you if the Prince doesn’t give you the gig: Gaby and I will be having our 10th wedding anniversary in March, and that song lyrics of yours, “Sweeter than heaven, hotter than hell”, well, like I said, those lyrics describe Lady Gaby perfectly.

What’s more, even better, since Gaby often calls me her Prince, her King, and some other naughty things too, 🙂 well, it would be a good gig. As you can see, you are already getting free global marketing on this blog, so hey, Florence, this gig has your name written all over it…

3. Question 3 is the anti-Florence question. If I had the kind of mega-bucks that would let anybody sing at my wedding, who would I have singing to Gaby and myself? That’s an easy question to answer. I would have Michael Jackson singing. What? What’s that? Michael’s dead? When did that happen? 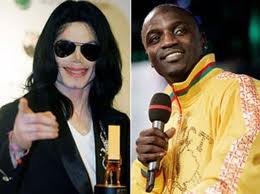 No he’s not. I saw Michael singing on a YouTube video the other day. Really. He was singing a new song, that’s why I know he isn’t dead. Michael was singing with a guy named Akon (or was that “a con”). No, it was Akon, and it was Michael, moonwalking across the misty corridors of my marvelous memories…

It was a brilliant song, the kind of song that just invades all the membranes and neurons and cells and ions and electrons and protons of your whole body and simply imposes peace, harmony and tranquility on everything you do, every move you make, every breath you take. Listen to the song, it’s brilliant. “Hold My Hand” by Michael Jackson and Akon… 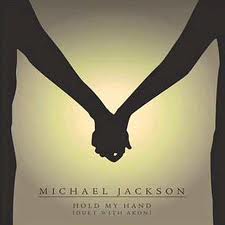 So how about it? Question 3. Who would you invite to sing at your wedding, if money was not an obstacle?

Let me hear from you. Talk to me my friend(s). Respond to this blog post. Write a response in the box below where it says: Leave A Reply: respond. Let’s connect. I did my part. Now my friend, your turn: Leave A Reply…

Talk to me, and I will talk with you, that’s a dialogue. Right now, this is a monologue, only you can turn this into a dialogue…

By the way, check out Florence Welch. She’s hot. I’d choose her over Lady Gaga any time…

Signing out,
Your friend,
Tom

Peace and love to all