7 FREE Books! Read a FREE Book Every Day Next Week!

Bilingual in Chile: An Impossible Dream?

“We have some of the most advanced commercial accords in the world, but that is not enough,” Sergio Bitar, then Minister of Education, said in an interview.

“We know our lives are linked more than ever to an international presence, and if you can’t speak English, you can’t sell and you can’t learn.”

The initial phase of the 18-month-old program, officially known as “English Opens Doors,” calls for all Chilean elementary and high school students to be able to pass a standardized listening and reading test a decade from now.

But the more ambitious long-term goal is to make all 15 million of Chile’s people fluent in English within a generation.

“It took the Swedes 40 years” to get to that point, said Mr. Bitar, adding that he sees the Nordic countries and Southeast Asian nations like Malaysia as models for Chile. “It’s going to take us decades too, but we’re on the right track.” 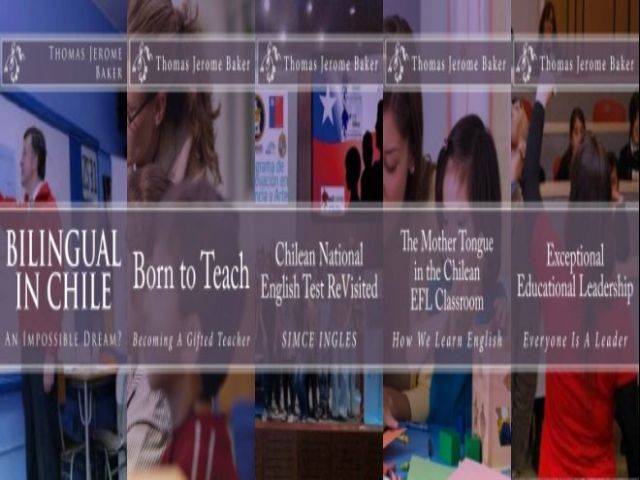 I have always been a “gifted teacher”, as John Dewey put it, in his 1929 book, “The Sources of a Science of Education”.

I am intuitive. I prepare classes, anticipate problems and alternative pathways through a lesson. Yet, if I am honest with you, I must say that I try to be fluid, to “flow” from beginning, to middle, to end.

John Dewey admitted that “…success in teaching is often not in any direct ratio to knowledge of educational principles.”

This is often true in English Language Teaching, where years of study can produce a teacher well-schooled in culture, sociology, psychology, pedagogy and grammar, yet deficient in the ability to speak, read, understand, or write in English, or vice versa.

This book is a collection of my reflections, ReVisited, from the perspective of a practitioner, about the Chilean National English Test, known as SIMCE English. These reflections add to what we know in the ELT profession about teaching English in an EFL context, in other words, a country where English is a foreign language, that is, not the first, or second language ordinarily spoken in a country.

I have spent my entire teaching career in Chile, and have been an observer of the development of the English Language Teaching (ELT) profession in Chile. This fact adds credibility to my qualitative observation in this book.

An important part of what ELT teachers do in Chile is prepare students for exams. One of the most important exams is the biannual SIMCE English, or National English Test. The last national exam was in 2012, the next is scheduled for 2014. 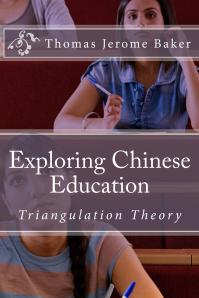 We set out to triangulate what we knew about China, its education system, and its high performance on the PISA test in 2009. PISA 2012 will bring similar results. We looked through the eyes of many people, from a variety of perspectives. We have managed to include a large number of voices. We have not simply “looked” at China through our own eyes, but used the “eyes” of others as well.

We have seen that China took on the tremendous task of learning English, as early as Kindergarden and Grade 1, over ten years ago. This is a nation with over a billion people, and it did not accept that what they were attempting to do was impossible. Rather than make excuses, they took bold and decisive action. As a result, they have advanced farther than many other less-populated nations.

The efforts of the Chinese did not stop with learning English. They made it a requirement for their university entrance exam, thereby assuring that teachers and students alike would diligently apply themselves to the learning of English. In China, English counts, it matters, and that explains their seemingly hurculean accomplishment in learning English. In sum, it is both a personal and a national priority.

The Interview Teacher: From Imagination to Sophistication

Only recently did it dawn on me that an interview is more than what it appears to be on the surface: question and answer. I thank all my students, past, present and future, for their help in this realization.

The interview involves an act of imagination – an attempt to “see” the possible paths an interview might take, then guide it gently where you would like it to go.

The interview is an act of sophistication – an attempt to tease out the nuances of meaning, not just the explicit, but also the implicit, that which is unsaid, but there, waiting for the skilled interviewer to tease it out, or the interviewee to make it “come up” in the flow of conversation.

In this book, all of these avenues will be explored, in the context of real interviews. As this happens, the genre of the interview, what it is, what to look for, what questions achieve what purposes, simplicity and complexity, all of these elements gradually come to light.

Each reader of this book will take away something new each time you read this book, for it is meant to be read several times. You, the reader, will find it useful in preparing for an interview, both as the interviewer and as the interviewee. 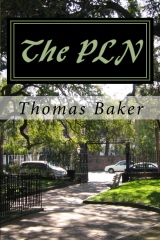 The PLN: Professional Learning Network. I am grateful and thankful for all the informal and formal learning opportunities I have had access to through the individual and collective members of my PLN, my Professional Learning Network. Facebook, Twitter, and LinkedIn are an “Iron Triangle” for current knowledge and news. This book shares with the reader a rationale and an approach to using a PLN effectively.

“White nights and dark days” is not ordinarily something to be giving thanks for. In the case of Alaska, however, I’m sure you will forgive me for calling the bright night of the white midnight sun, “breathtakingly beautiful”, and the dusky days, “delightful”. Therefore I say in the Yup’ik language, “quyana”. Quyana is the Yup’ik Eskimo word for, “Thank You” in English.

Thankful, appreciative, and grateful is what I feel each time I remember the 10 days of my life that I spent in the Yup’ik Eskimo village of Quinhagak (pronounced kwin-uh-hawk).

In March 1998, I volunteered to go to Alaska as a member of a joint-service, military, medical team. The mission was a humanitarian one: to provide no cost medical service to the Yup’ik people of the village of Quinhagak. Each year for the past 18 years, Operation Arctic Care brings approximately 300 military personnel, and 70 thousand pounds of cargo and medical supplies, to rural communities throughout Alaska.

It’s a military field exercise that provides free medical care to underserved populations in Alaska. In 1998 we were in Southwest Alaska, and my team was assigned to Quinhakak. In return for providing care, servicemen and women from several branches of the military would be learning to adapt medical services for unfamiliar field conditions.

And so it was that we entered the village in the only way possible, by air. Riding in on the Alaska National Guard Blackhawk helicopter one thing was clear: ahead of us lay long days and difficult working conditions, bitter cold in a harsh, unforgiving environment, hardships to be endured, and medical emergencies to deal with.

Would we rise to the challenge?

In a moment of horror, involving a shooting that would leave one person dead and another badly wounded, we would find out some very profound answers to these questions… 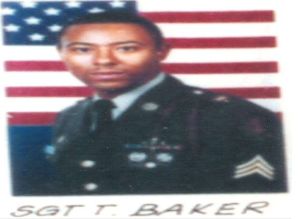