“Your purpose is to make your audience see what you saw, hear what you heard, feel what you felt.” — http://t.co/KRS3Aejz6r

I put the search term “public speaking” in to a google search box and in 0.33 seconds I had 23 million and one hundred thousand (23.100.000) results. That’s a lot of writing about about talking. So the chances are that everything that there is to say about this topic has already been said.

Then I had a flash of intuition and I changed my search terms to, “public speaking and teaching“. In 0.31 seconds I had one million five hundred and fifty thousand (1.550.000) results.

Next, I thought I would try the search term, “public speaking and learning“. I had to wait longer this time, 0.36 seconds, because there were more results, eighty five million, one hundred thousand (85.100.000).

So, what does it mean? 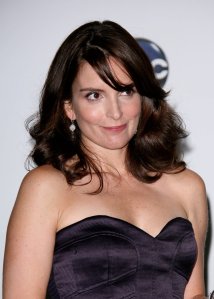 Firstly, this is a topic that seems to be an extremely common one. Not only an award-winning actress like Tina Fey, not only a teacher and author like myself, but everyone seems to know something about public speaking. Surely no one will argue with me there.

Secondly, people talk about public speaking in connection with learning at a ratio of 85 to 1.

At least that’s what an 84 million difference looks like to me.

You get one million mentions. (public speaking and teaching)

I get 85 million mentions. (public speaking and learning)

Things are definitely unbalanced. One is tremendously more common, more frequently used, than the other. As we can see, 84 million times more frequent, in fact.

Well, as I reflect on that, it seems to me that for the majority, the shared perception of public speaking is that it is a way for learning to occur, without it (public speaking) being considered as teaching.

If that is true, then the implication is that I must ask myself a question: How do I become the kind of public speaker that can make a presentation in which learning can occur, without teaching?

The answer is an obvious one, namely, by actively engaging the audience, in meaningful and purposeful ways, so that the learning is a natural outcome, or by-product, of active participation. In this sense, as we prepare for public speaking, we presenters must keep in mind that our objective is for someone to learn something, and ideally, without us teaching, but rather facilitating.

Obviously, this sounds like just another call for a focus on the learner, a student-centered approach, “guide-on-the-side” rather than a “sage-on-the-stage”. I assure you it isn’t.

Let me conclude as I have begun, by giving the final word to Dale Carnegie:

“Your purpose is to make your audience see what you saw, hear what you heard, feel what you felt.” ~ Dale Carnegie

Thomas Baker is the Past-President of TESOL Chile (2010-2011). He enjoys writing about a wide variety of topics. The source and inspiration for his writing comes from his family.
View all posts by profesorbaker →
This entry was posted in Culture, Education, Reading, Reflections, Writing and tagged blogging, center, Dale Carnegie, facilitator, focus, guide, John Zimmer, learning, public, public speaking, purpose, quotes, Sage, side, speaking, teaching, technology, Tina Fey. Bookmark the permalink.