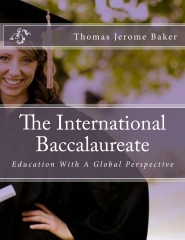 “The culture of excellence” – Presidente Rafael Correa of Ecuador, referring to the International Baccalaureate…

Oh, I know that you may have heard that the International Baccalaureate is a program for the elite. Nothing could be further from the truth. I assure you, you are mistaken. Again, don’t take my word for it. For example, no one would consider the state school system in Ecuador to be an elite student population:

“Ecuador has one of the largest populations of Diploma Program participants in Latin America with 708 DP candidates in 2011. There are currently 51 IB-authorized schools in the country, including 50 offering the Diploma (DP) program.

In addition, there are over 60 schools in the process of seeking authorization as IB schools.

The Government of Ecuador has shown an exceptionally high level of support for IB education. The Ministry of Education has indicated that they will support the development of IB schools and programs in all of the country’s 24 provinces.” (Source: NCREST)

Ministry of Education champions the IB to improve state schools

“An international education must go well beyond the provision of information and is involved in the development of attitudes and values which transcend barriers of race, class, religion, gender or politics.” -International Baccalaureate Organization Subject Guide (1996).

It is my belief that any education that does not unite the nations of the world in a common endeavour is a relic of the past century. A common sense of sharing the responsibility, equally, for the welfare of the planet, globally, is needed more than ever today.

Founded in 1968, the International Baccalaureate (IB) is a not-for profit foundation, which offers four high quality and challenging educational programmes for a worldwide community of schools.

For 45 years, IB programmes have gained a reputation for rigour and high academic standards, for preparing students for life in a globalized 21st century, and for helping to develop citizens who will create a better, more peaceful world.

Thomas Baker is the Past-President of TESOL Chile (2010-2011). He enjoys writing about a wide variety of topics. The source and inspiration for his writing comes from his family.
View all posts by profesorbaker →
This entry was posted in Baccalaureate, Education and tagged Bachillerato Internacional, Ecuador, education, environment, International Baccalaureate, President, Rafael Correa. Bookmark the permalink.