My Interview with Edgar Allan Poe, Author of “The Raven”: Nevermore!

Posted on September 3, 2013 by profesorbaker

George Rex Graham, a friend and former employer of Edgar Allan Poe, declined Poe’s offer to be the first to print “The Raven“. Graham said he did not like the poem but offered $15 as a charity. Graham made up for his poor decision by publishing “The Philosophy of Composition” in the April, 1846 issue of Graham’s American Monthly Magazine of Literature and Art… (Source: Wikipedia)

Edgar Allan Poe: Good evening Thomas. Thank you for having me here on your blog.

TJB: (smiling) I couldn’t do that Mr. Poe, unless…

Tom: Ed, I watched a documentary about your life, a video on Youtube, and I came away feeling sorry for you. You are a brilliant man, a genius, yet did not achieve financial success during your lifetime. For your signature poem, “The Raven”, you were first rejected for publication and then given $15 dollars as charity.

Ed: Tom, in those days we didn’t have Amazon.

Tom: (smiling) Yes, with Amazon you would have been a millionaire.

Ed: Without Amazon I made a living as best as I could.

Tom: Ed, let’s talk about your childhood. Your father abandoned the family when you were only two years old, your mother was an actress who tried to do the best she could for you, but when you were three, she died.

Ed: Yes, she had consumption, the “Red Death”.

Ed: Tuberculosis is what you call it nowadays.

Tom: Now I get it. You called it the Red Death because blood is coughed up in the final stage of the disease.

Ed: Yes, Tom. My mother’s loss was devastating to me. I became an orphan.

Tom: Then you were adopted into a good home.

Ed: Yes, it was a good home, and I loved my stepmother with all my heart.

Tom: And your stepfather?

Ed: I really don’t want to talk about him, Tom. The people who meant the most to me were three women.

Tom: You are referring to your mother, your stepmother, and your wife.

Ed: Yes, those three women. Unfortunately, I lost my mother, my stepmother, and my wife, Virginia, to the Red Death. Can we just skip this part and talk about my writing?

Tom: Sure Ed. Let’s talk about your philosophy of composition. What’s your writing process? I imagine that you have an inspiration, a feeling, a moment of creativity that makes you forget about everything…

Ed: Not exactly Tom. Having a muse, or some source of inspiration, is the romanticised version of writing. It makes writers seem like something mystical, other worldly, almost supernatural, unexplainable, ephemeral. You know what I’m saying Tom? 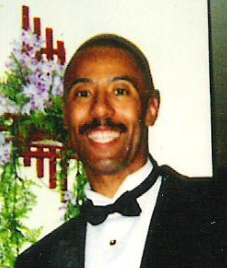 Tom: Yes, Ed. It’s like this interview I’m doing with you. It has no explanation, at least not in this world, and if I try to explain it…

Ed: (interrupting) Right Tom, I can see you understand. If you explain how you got this interview with me it would lose its magical, mystical quality. So you can’t explain and hope to keep your readers interested after the explanation. It’s impossible, so you keep the truth to yourself.

Tom: So, Ed, tell me, what is your “Truth”? What is your creative process like?

Ed: “For my own part, “I have neither sympathy with the repugnance alluded to, nor at any time the least difficulty in recalling to mind the progressive steps of any of my compositions; and, since the interest of an analysis, or reconstruction, such as I have considered a desideratum, is quite independent of any real or fancied interest in the thing analyzed, it will not be regarded as a breach of decorum on my part to show the modus operandi by which some one of my own works was put together. I select “The Raven,” as most generally known.”

Tom: “The Raven” is my favorite.

Ed: Mine too. I especially like the way James Earl Jones performs it. He’s got a once in a hundred years kind of voice, very unique, out of this world.

Tom: I agree with you Ed. What do you think of the way Vincent Price performs it?

Ed: Tom, Vincent scares the shi#*! out of me. He would frighten me to death if I wasn’t already dead.

Tom: Ed, this has been a great interview, best I’ve had here on my blog. But I’m almost out of time with you, since it’s almost midnight…

Ed: You’re right Tom. I gotta get back to the place where I came from. Tell you what, why don’t we take a look at James Earl Jones performing “The Raven”? You got that video, don’t you? (a clock sounds the midnight hour in the distance)

Tom: Yes, Ed. And I already posted the text if anyone wants to read along with James Earl. Before you go Ed, where can… (the clock strikes midnight, Edgar Allan Poe disappears)…

Once upon a midnight dreary, while I pondered weak and weary,
Over many a quaint and curious volume of forgotten lore,
While I nodded, nearly napping, suddenly there came a tapping,
As of some one gently rapping, rapping at my chamber door.
`’Tis some visitor,’ I muttered, `tapping at my chamber door –
Only this, and nothing more.’

Ah, distinctly I remember it was in the bleak December,
And each separate dying ember wrought its ghost upon the floor.
Eagerly I wished the morrow; – vainly I had sought to borrow
From my books surcease of sorrow – sorrow for the lost Lenore –
For the rare and radiant maiden whom the angels name Lenore –
Nameless here for evermore.

Presently my soul grew stronger; hesitating then no longer,
`Sir,’ said I, `or Madam, truly your forgiveness I implore;
But the fact is I was napping, and so gently you came rapping,
And so faintly you came tapping, tapping at my chamber door,
That I scarce was sure I heard you’ – here I opened wide the door; –
Darkness there, and nothing more.

Deep into that darkness peering, long I stood there wondering, fearing,
Doubting, dreaming dreams no mortal ever dared to dream before;
But the silence was unbroken, and the darkness gave no token,
And the only word there spoken was the whispered word, `Lenore!’
This I whispered, and an echo murmured back the word, `Lenore!’
Merely this and nothing more.

Back into the chamber turning, all my soul within me burning,
Soon again I heard a tapping somewhat louder than before.
`Surely,’ said I, `surely that is something at my window lattice;
Let me see then, what thereat is, and this mystery explore –
Let my heart be still a moment and this mystery explore; –
‘Tis the wind and nothing more!’

Then this ebony bird beguiling my sad fancy into smiling,
By the grave and stern decorum of the countenance it wore,
`Though thy crest be shorn and shaven, thou,’ I said, `art sure no craven.
Ghastly grim and ancient raven wandering from the nightly shore –
Tell me what thy lordly name is on the Night’s Plutonian shore!’
Quoth the raven, `Nevermore.’

Much I marvelled this ungainly fowl to hear discourse so plainly,
Though its answer little meaning – little relevancy bore;
For we cannot help agreeing that no living human being
Ever yet was blessed with seeing bird above his chamber door –
Bird or beast above the sculptured bust above his chamber door,
With such name as `Nevermore.’

But the raven, sitting lonely on the placid bust, spoke only,
That one word, as if his soul in that one word he did outpour.
Nothing further then he uttered – not a feather then he fluttered –
Till I scarcely more than muttered `Other friends have flown before –
On the morrow he will leave me, as my hopes have flown before.’
Then the bird said, `Nevermore.’

Startled at the stillness broken by reply so aptly spoken,
`Doubtless,’ said I, `what it utters is its only stock and store,
Caught from some unhappy master whom unmerciful disaster
Followed fast and followed faster till his songs one burden bore –
Till the dirges of his hope that melancholy burden bore
Of “Never-nevermore.”‘

But the raven still beguiling all my sad soul into smiling,
Straight I wheeled a cushioned seat in front of bird and bust and door;
Then, upon the velvet sinking, I betook myself to linking
Fancy unto fancy, thinking what this ominous bird of yore –
What this grim, ungainly, ghastly, gaunt, and ominous bird of yore
Meant in croaking `Nevermore.’

This I sat engaged in guessing, but no syllable expressing
To the fowl whose fiery eyes now burned into my bosom’s core;
This and more I sat divining, with my head at ease reclining
On the cushion’s velvet lining that the lamp-light gloated o’er,
But whose velvet violet lining with the lamp-light gloating o’er,
She shall press, ah, nevermore!

Then, methought, the air grew denser, perfumed from an unseen censer
Swung by Seraphim whose foot-falls tinkled on the tufted floor.
`Wretch,’ I cried, `thy God hath lent thee – by these angels he has sent thee
Respite – respite and nepenthe from thy memories of Lenore!
Quaff, oh quaff this kind nepenthe, and forget this lost Lenore!’
Quoth the raven, `Nevermore.’

`Prophet!’ said I, `thing of evil! – prophet still, if bird or devil! –
Whether tempter sent, or whether tempest tossed thee here ashore,
Desolate yet all undaunted, on this desert land enchanted –
On this home by horror haunted – tell me truly, I implore –
Is there – is there balm in Gilead? – tell me – tell me, I implore!’
Quoth the raven, `Nevermore.’

`Be that word our sign of parting, bird or fiend!’ I shrieked upstarting –
`Get thee back into the tempest and the Night’s Plutonian shore!
Leave no black plume as a token of that lie thy soul hath spoken!
Leave my loneliness unbroken! – quit the bust above my door!
Take thy beak from out my heart, and take thy form from off my door!’
Quoth the raven, `Nevermore.’

And the raven, never flitting, still is sitting, still is sitting
On the pallid bust of Pallas just above my chamber door;
And his eyes have all the seeming of a demon’s that is dreaming,
And the lamp-light o’er him streaming throws his shadow on the floor;
And my soul from out that shadow that lies floating on the floor
Shall be lifted – nevermore!