How #Genre “Squeezes” The Life Out Of A Hybrid, Multi-Genre Text #asmsg #t4us #4ftm

Posted on August 8, 2014 by profesorbaker

Recent book reviews show book reviewers using genre specific conventions and expectations nonjudiciously for multi-genre, nonconventional texts. The overuse of the genre lens to judge hybrid, genre-crossing texts and general fiction can often lead to a frustrating reading experience. This occurs because it is a mismatch between text type on the one hand, expectations and conventions that are narrow and myopic, rigid and unflexible, on the other hand. This is how genre can squeeze the life out of a text that would have otherwise been an enjoyable read were it not forced to “confine its appearance to the conventions of genre.” Below we can see a case study to exemplify where it would be wise to remove the lens of genre and take a fresh look from a different, non-genre perspective.

***The works of Tacitus and Dio are in the public domain. If a book, song, movie, or artwork is in the public domain, then it is not protected by intellectual property laws (copyright, trademark, or patent laws)— which means it’s free for you to use without permission. Finally, in the case of Tolkien, I used the world’s best grammar checker and plagiarism detector, “Grammarly”, to check my text. No matches were found in over 8 Billion web pages. That means due diligence has been done with regards to Tolkien.*** 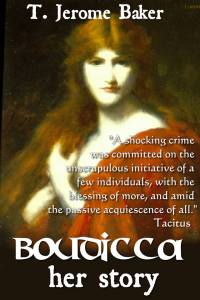 Who was Queen Boudicca? Boudicca was the Warrior Queen of the ancient Iceni tribe. She is arguably England’s first, famous, female ruler. Tacitus, the Roman historian, writing over 30 years after the events he records, tells us she was a loving and devoted wife, obedient yet fully emancipated, loyal to her people, a loving mother, a determined foe, a fierce warrior in battle, and someone who never accepted defeat.

For some, Queen Boudicca will be forever surreal, a legend, a myth, a mystical person created by Tacitus. Others will see her through a practical, more historical lens, as a barbarian, warlike, incapable of peacefully compromising with the Romans for the greater good of all. For some, she will be a ruthless, vengeful, bloodthirsty woman.

Indeed, how much blood must flow when a wrong is committed against your family and your people? The only one who could properly answer this question is the one who has suffered at the hands of the wrongdoer, the oppressor. We have been told the Roman story, the victor. What might the loser’s story be, if it were to be told?

In this book, Boudicca has a voice. She tells her side of the story, alongside the Roman view told by Tacitus. Her voice, in my hands, is just as fictitious as it was in the hands of Tacitus and Dio. Thus, as for genre, it is impossible to make a case for anything other than fiction in the general sense.

Here, I again call your attention to the fact that the works of Tacitus and Dio are in the public domain. Both men have been dead for over a thousand years. Consultation with them was not possible. In the case of Tolkien, this is also true, although his death is much more recent. In writing battlefield speeches however, Tolkien was not the first, nor the last author to do so. The tradition was well established before he came along.

In this case, I used the world’s best grammar checker and plagiarism detector, “Grammarly”, to check my text. No matches with any text written by Tolkien was found in over 8 Billion web pages. That means that unless all of his writing has been removed from the internet, no inappropriate use of Tolkien’s writing has occurred. Due diligence has been done with regards to Tolkien. More importantly, it is well known that words have multiple meanings.

A text can often be either negative or positive, active or passive, pleasing or displeasing, praise or criticism, depending on how the words are spoken, or the context in which the words are used. This allows each reader to understand this book on their own terms, rather than in the terms of the genre of historical fiction or any other genre. In other words, the reader(s) are free to be entertained by the story, to enjoy the story on its own merits, instead of judging whether or not it conforms to some arbitrary genre category.

For instance, scholars of Tacitus and Dio generally agree that both men used this story as a mechanism to criticise Roman imperialism, from different angles, which accounts for Dio’s story being twice as long as Tacitus. It was Dio, writing much later than Tacitus, who gave us the description of Queen Boudicca in this book that has survived to the present day. How Dio was able to describe Boudicca, when Tacitus couldn’t or wouldn’t describe her, is a mystery to the present day.

Again, due diligence has been done. My meanings were not the same meanings as Tolkien, Tacitus or Dio. Each of these men had their own authorial agenda to pursue, as did I. Finally, you will be left to draw your own conclusion(s) about Queen Boudicca. I hope you enjoy her story…