Posted on February 1, 2016 by profesorbaker

Alien Species Intervention #6609, by J. K. Accinni, is an alien apocalyptic saga spanning 200 years from the Prohibition to the distant future. It encompasses tender love between divergent species, political downfalls and acts of unspeakable violence. When you think you’ve figured it out . . . WHAM! You won’t see it coming. Thriller, horror, science fiction and fantasy all in one, the series is a gripping psychological exploration of how the inherent greed and evil of man is dooming planet Earth and its inhabitants.

In Baby, the prequel to the Species Intervention #6609, Netty is a naïve teenage farm girl given in marriage to an older brutal opportunist disguised as a prominent citizen during the Prohibition years in Sussex County, New Jersey. After years of enslavement, Netty flees into the night from her rapist husband, traveling back to her parents’ farm, where she rescues an enigmatic and damaged creature named “Baby” with whom she falls in love.

Netty and Baby find happiness and fulfillment until a handsome Italian stranger, Wil, comes into Netty’s life, creating a tense love triangle made more fraught by Netty’s struggle to hide the bizarre and wondrous changes to her body caused by loving Baby. Baby’s miraculous healing powers on the nature around them can’t be ignored either. The heart-rending and astonishingly brutal climax to their story comes as all three face challenges that ultimately lead to transcendence and the discovery of a new world that promises resurrection.

Echo
2033. One hundred years have passed since the birth of Baby’s miraculous offspring, Echo. The United States has evolved to a point of politically driven economic collapse.

An abused mother escapes with her two sickly children, Scotty and Abby, from the tenements of Short Hills to the farmland of Sussex County. There she unites with a Latino family who has provided a loving home to Jose, a young Costa Rican boy who has been traumatized by murder and kidnap.

The two families find themselves the subject of the psychotic attention of Armoni, a soul damaged beyond redemption, as their lives become entwined with Echo’s, who is intent on thwarting the efforts of the heinous people who prey on the lives of other creatures. And as the insidious miscreant, Armoni, tracks them down, bringing brutality and violence to all, Netty recruits a heartbroken Abby to mount a mission to rescue the wildlife of Earth before despicable events bring on the specter of Armageddon.

In Armageddon Cometh, the third book in the Alien Species Intervention #6609, Abby plans to abduct the wildlife at the Big Cat Sanctuary under Netty’s guidance by enlisting the help of the charming Italian yacht captain, Cobby, even though this leads to the exposure of hidden changes to her body. Despite her love for Jose, she draws closer to the charming Cobby when Jose departs on his own mission to find his adopted family.

At Bird Key, young Scotty embarks on a romance with the troubled rich girl, Chloe. As strange connections and revealed identities collide with political intrigue and murder, a traumatized Chloe and Jose scramble in a frantic dash to escape, wildlife and all, to Tampa Bay. Joining them are Kenya, a sassy and striking pregnant black girl, and Peter, their trusted attorney, who has been left scarred and emotionally ruined by their nemesis, Armoni. In the climax and chaos of the escape ahead of cops and devastation from the sky, it soon becomes clear that Scotty might be the mysterious “One” as foretold in an omen.

Author of Myths, Monsters & Love From The South of Chile

When an author writes a book, there are many authorial decisions that must be made. A big one is the intended audience. A book that will appeal to a broad audience, young and old, rich and poor, man and woman, boy and girl, will surely bring economic success for a book’s author. We can point to the Harry Potter series by JK Rowling, for example. Yet when an author knows the book they have written will not appeal to everyone, the best option is to place a clear warning at the front of the book. 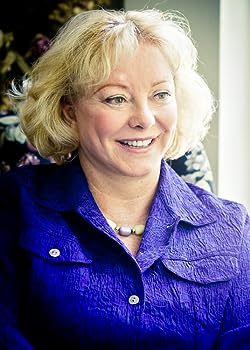 Author JK Accinni has done exactly that. JK says, in clear, easily understandable language, “Not For Sensitive Readers.”
Author’s Bio: J.K. Accinni was born and raised in Sussex County N.J. before moving to Sarasota Florida, where she lives with her four dogs, all rescued. Mrs. Accinni’s passion for wildlife conservation has led her all over the world, including three trips to Africa, where ten years ago she fell in love with a baby elephant named Wendi, that had been rescued by a wildlife group. That baby is the inspiration for the character Tobi, the elephant featured in her fourth book, titled Hive.

The character of Caesar is inspired by a real life iconic tiger from Big Cat Habitat and Gulf Coast Sanctuary in Sarasota.

Mrs. Accinni also invites you to visit her blog at www.speciesintervention.com. Readers are encouraged to comment about the book or your own creature experiences.

As I mentioned already, this book, Alien Species Intervention, is not for everyone. It deals with man on his worst behaviour, and it is portrayed in this same light. Let us read the author’s warning, and understand her “Caveat Emptor”. Caveat emptor, which means, let the buyer beware, for indeed, you buy this book on your own responsibility. Read this book only if you can deal with violence, abuse, aggression and destruction. J.K. Accinni tells it like it is. I quote her authorial warning, for emphasis: (Quote)

Warning*** This series honestly reflects the brutality of our world. If you are a sensitive reader, this is NOT for you.*** Contains violence.***

Controversial points of view may be written to enhance the readers experience.

The author’s goal has been to make the reader think critically and the views expressed do not necessarily reflect those of the author.

The author would like, however, to help readers realize what detrimental effects we have created for our wildlife.***

I give this book five stars because the book will make you think profoundly about the world we live in, its daily human atrocities, and hopefully, begin to live responsibly, not only with with our fellow human beings, but also with wildlife.

Author of Myths, Monsters & Love From The South of Chile