Posted on February 9, 2016 by profesorbaker

“We came here to serve God and also to get rich.” -Bernal Diaz del Castillo

With the arrival of Christopher Columbus in the Caribbean, two civilizations that had previously been isolated from one another were forced into coexistence as the West penetrated the heart of the East.  This moment of convergence, know as the Encounter, spelled doom for the lesser-developed society, while offering profit and opportunity for the Conquistadors.
Spain brought her Toledo weaponry, greed, and religious ideals, while the Indians, though initially naïve as to the invader’s intentions, quickly discovered the Spanish were bent on exploitation.  Columbus’ Encounter opened the door for a profitable exchange of goods and resources, though to the detriment of the Native Americans, who were quickly reduced to forced laborers.
Indians were drafted to shoulder the weight of these economic endeavors. Under the encomienda, Indians were offered protection and the gospel in exchange for their stringent efforts in the sugar fields and gold mines.  This eventually deteriorated to a form of racial slavery, with the Indians being subjected to inexpressible cruelties.
This treatment eventually captured the attention of a bright young chaplain, Bartolomé de las Casas, who took action on behalf of the Native Americans.
Las Casas used his gifted writing and persuasive abilities to build a case against the encomienda system. His crusade against Spanish brutality lasted a lifetime, culminating in his appeals to Charles V, and the subsequent signing of the New Laws, which contested the firmly established encomienda system.
*** ==> So far, so good. <== ***

The Involvement of Las Casas in the African Slave Trade

Bartolomé Las Casas is well-known for his contributions to extending the African slave trade westward.
By the year 1516, Las Casas began to advocate for the importation of African slaves to compensate for the decreasing Indian population.  Las Casas understood if alternate laborers were not brought in, the Indians would soon be wiped out.
He could not have known the generational affects this would have on the imported Africans. His appeal was simply to supplement the exhausted Indians with additional laborers.

Yet, African slavery proved to be much more lucrative than the encomienda had ever been and subsequently exploded in the Americas.
No matter how many Africans died while working the plantations, ships packed with new slaves for sale continually arrived from the west coast of Africa.
Unlike the Indians, they could be readily replaced.

Additionally, Las Casas did not expect slavery to expand like it did.  Indeed, African slavery spread all through the Americas, becoming an important stake in the European economy.  Las Casas grew to realize, and regret, the gravity of his error.

His appeals had set in motion a monster that would not be slain for another 300 years and the establishment of an African slave trade in the Caribbean did little to improve conditions for the Amerindians.

*****
Bio:
Bartolomé de Las Casas was one of the best known missionaries in Spanish America. He was born in Seville in 1484. When he was still young he received from his father, upon the latter’ s return to Spain after accompanying Columbus on his second journey to America, an Indian slave as a present. A short while later, however, he had to return the Indian by order of Queen Isabel. At the same time he studied in the University of Salamanca, where he got a degree in Law.
In 1500 he participated in the suppression of a rebellion of Moors in Granada. Two years later, he went with Nicolás de Ovando to the New World for the first time. Not yet a priest, he took part in the fighting against the Tainos (native Indian tribe) in Santo Domingo. From the island of Hispaniola he was called to the island of Cuba by Governor Diego Velásquez to provide legal services.
Las Casas received an encomienda, close to Xagua, which he divided with Pedro de Rentería and kept for around a decade. At the beginning of the sixteenth century, possibly in 1507, he was ordained a priest in Rome. He returned to Santo Domingo in 1509. Later he contacted the Dominicans who arrived in America in September 1510.
On 21 December 1511, ordained and still an encomendero, Las Casas heard in Santo
Domingo a sermon by the Dominican Antonio de Montesinos against the abuses in the exploitation of indigenous labour. The sermon profoundly affected him. The friar in his homily, according to Las Casas’ own report, asked with what right were the Indians kept in such cruel slavery.
With what authority were wars made against these people who were peacefully and tranquilly living on their lands? 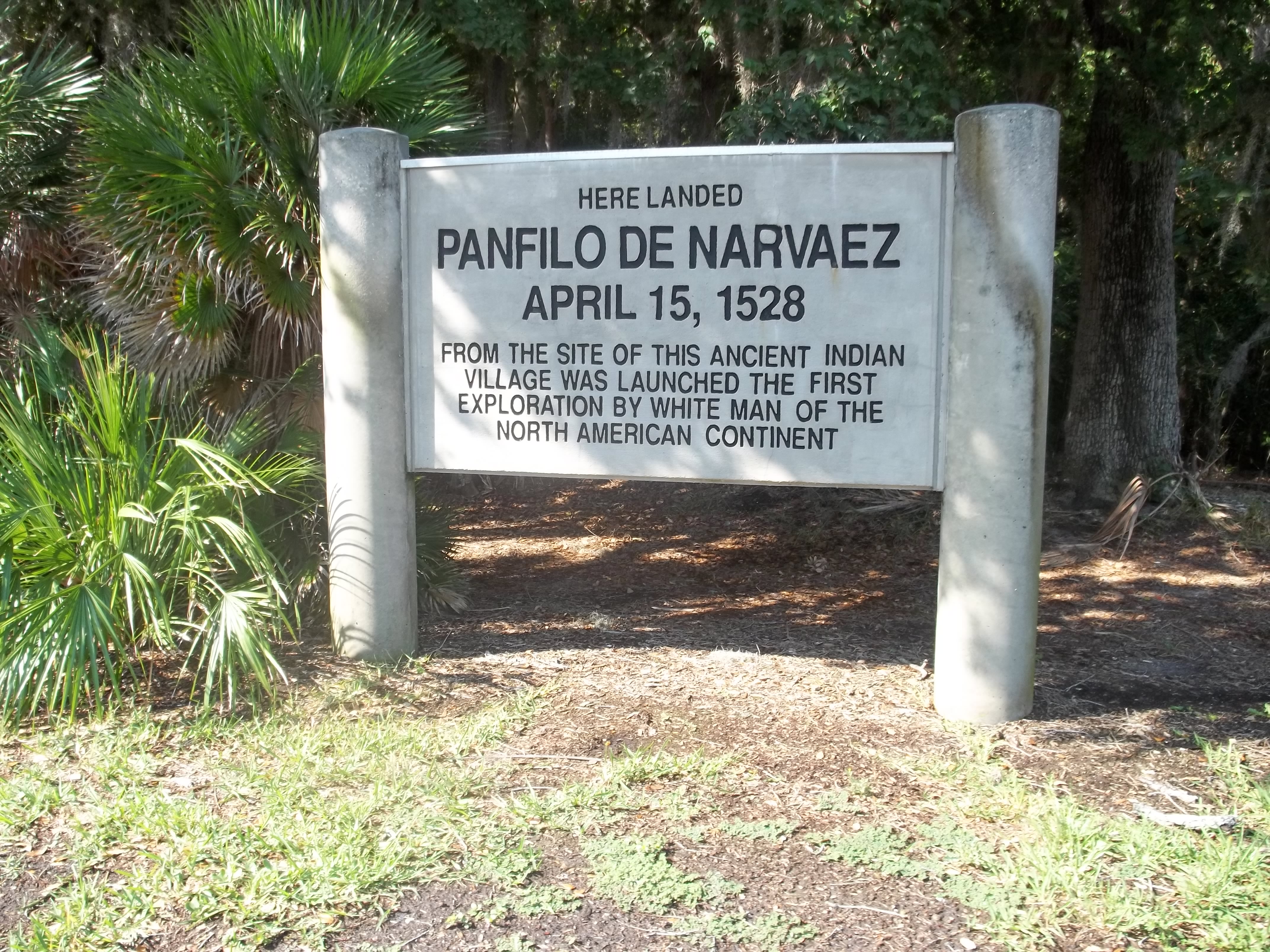 The same year he went to Cuba on Pánfilo Narvaez’ s expedition as the chaplain of the fleet and saw close up the mistreatment of the Indians by the encomenderos. Later he would write: “while I was in Cuba, 7,000 children died in three months. Some mothers actually drowned their children out of despair, while others finding themselves pregnant caused themselves to miscarry by using certain herbs”.
He was also the witness of the Caonao Massacre, when the Spanish attacked the Indians without any apparent reason, apart from, as Las Casas himself suggested, seeing how sharp their swords were.

On 15 August 1514, the Feast of the Assumption, he renounced his encomienda
in a sermon, converting himself to the indigenous cause and started to preach against the cruelty of the Spanish to the Amerindians.
He also began a series of journeys between Spain and America seeking to convert the Spanish Crown to the idea of a peaceful colonisation, as was attempted in Cumaná, in the north of Venezuela, in which clerics and peasant-colonisers substituted soldiers.
The experience was a total failure, however, when the Indians rebelled in 1521, killing the missionaries. It was also at this time that he argued that it would be advantageous for the Crown to substitute the Indians with “ blacks or other slaves from the mines”.
He believed that much more gold could be obtained using blacks than with Indians.
At the beginning of 1516 he met Cardinal Cisneros and was able to influence him in regard to colonial policy, ensuring that Hieronymite monks were chosen to study and reform conditions in America. Las Casas is said to have prepared the instructions given by Cardinal Cisneros to the three monks which permitted the entrance of black slaves to America.
The following June the three monks in a letter approved and recommended the introduction of black slavery. In a memorandum from the same year, Las Casas proposed to Carlos V that all colonists have black slaves: two men and two women.

In September 1517, Las Casas was nominated procurador dos índios (advocate of the Indians) with an annual salary of one hundred pesos.
In 1518 in Santo Domingo, the judge Alonso de Zuazo, who had been appointed visiting judge the previous year, highlighted the convenience of substituting Indians with blacks.
Whether or not Las Casas wrote the 1516 instruction is still a cause of disagreement among authors. But irrespective of this, he was neither the original nor isolated representative of the idea of bringing black slaves to America. This belief combined his defence of the Indians with a type of juridical and religious concept that regarded the subjection of infidels to slavery as legitimate, who as slaves would benefit from the wardship of Christian lords.
Back in Santo Domingo in 1521, Las Casas took refuge in the Dominican Convent there and at the end of the following year he joined the Order of Preachers. He started there a new stage of theological studies, expanding his knowledge and building up a collection of manuscripts, which he would use in his future works. It was probably in the 1520s that he began to write his History of the Indies and Apologética histórica
(Apologetic history), a text that arose out of his desire to describe the wonders of the New World and goodness of its inhabitants in the first book of the History of the Indies. The subject turned out to be so vast that he decided to dedicate a separate book to it…