Posted on February 14, 2016 by profesorbaker

Nat Turner, born into slavery October 2, 1800, on a Southampton County plantation, became a preacher who stated in his confession he’d been chosen by God to lead slaves from bondage. On August 21, 1831, he led a freedom movement that resulted in the participation of nearly 100 slaves and free blacks throughout the state. This crusade concluded with the ultimate punishment of nearly 60 slave owners, their wives and children. He eluded capture for nearly six weeks was eventually imprisoned and later hanged. The incident frightened the slave owners so much that in a desperate attempt to hold on to their unjust power they enacted harsher laws against slaves and free black that exhilarated the emancipation movement.

Nat is born on the Virginia plantation of Benjamin Turner. At the age of 3, Nat is witnessed by his parents prophesying about past events. Completely amazed, they realize that their son was born for a higher purpose. In addition to being a young prophet, Benjamin Turner and the entire neighborhood is astonished and shocked to learn of Nat’s mysterious reading and writing comprehension at age 5.

At age 10, Nat’s father escapes slavery vowing to return for his wife and child. By age 12 Nat encounters a gang of 4 white youth who pummels him helplessly with snowballs. A few weeks later Nat runs into that same gang. This time he revenges the defeat by pelting his attackers with rocks. As a teenager, Nat leaves the plantation without permission. An overseer immediately whips him upon his return. Nat sets a trap for the overseer, which results in a horse accident. The overseer legs are crushed. He is unable to return to work.

Nat becomes fed up with being enslaved. He runs away. After being free for 30 days, Nat receives a vision from God telling him to return to his earthly master. Nat also sees images of the future civil war to come. Nat is assured by the Holy Spirit that his special purpose would help to bring about change. Still thinking about himself, Nat argues with the spirit. The spirit chastises Nat. Nat decides to return.

After Nat returns some slave dislikes him. Others think he is nuts for returning. On his return, a young beautiful slave girl named Cherry questions Nat. God rewards Nat for his loyalty and he marries Cherry. Cherry is a strong black woman who loves Nat and stands behind everything he does. It is Cherry who Nat shares his innermost thoughts and visions with. They have one child, Charlotte whom Nat loves very much. He does his best to be a good father.

Because he returned on his own, Nat is allowed to travel as much as he wants without a pass. In addition he is allowed to preach at different plantations. He is a fiery preacher and leader in his Southampton County neighborhood. His reputation expands and Nat is one of the most sought after black preachers in the south. Nat’s slave owners trust him very much.

Nat’s first signal is an eclipse of the Sun in 1831. It is revealed to Nat that he would lead an emancipation movement among his people. It is at this time that he realizes he must rise up and stand for his people. The emancipation movement begins officially on August 21, 1831, when he and six other former slaves, now freedom fighters, punish the Travis family killing all five inhabitants, managing to secure arms and horses.

This is when it all hits the fan. Nat and the freedom fighters travel from plantation to plantation punishing the wicked slave owners and their families with death through various means. They encounter many obstacles. They meet many interesting characters both slaves and non-slaves. In the end, 55 slave owners and their families are eliminated. Over 200 innocent black are killed by barbaric revengeful mobs. It takes the United States Calvary, hundreds of militia and a force of nearly three thousand soldiers to stop this small group of determined revolutionaries. 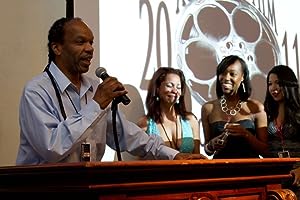 Kenya Cagle holds an MBA in Media Management. He began as a child actor doing community and Off-Broadway Theater. He studied drama at the prestigious High School of Performing Arts, Communications and Media Arts at Empire State College and Business Management at Metropolitan College. In 1975, Kenya started working as an Associate Producer for the First Family Theater. He thrilled audiences across New York State. In 1981, he created and Co-produced Nu Artists Productions and continued to create for stage, video and film.

In addition to various write-ups and press coverage, Mr. Cagle received a “People In Profile” Award in 1984. In 1988, he received a Brooklyn Arts and Cultural Association Award for his independent film “Enuf’.” In 1994, he received a Certificate of Appreciation from Governor Mario Cuomo and a Certificate of Recognition from Congressman Ed Towns. In 1989, Kenya created the commercially viable and award winning UHF talk show “Take it to the Hill” and became an informative source for the Black community. “‘Take it to the Hill” ran on UHF and cable access television for over 15 years and is now owned by “Take it to the Hill Productions.”

In 2001, Kenya became the president and CEO of CagleVision. In 2002, his first short film “The Boy Who Saw Christ” was screened at various festivals. He produced his first feature film “Goodnite Charlie” in August 2004. “Goodnite Charlie” features veteran performers Vanessa Tyler and Kimberly Shay Jones. “Goodnite Charlie” received two awards during the intial August 2004 screening. It has been selected for screening in several festivals. Since this time, Kenya has produced twenty shorts and features including the award winning The Miracle which was voted as the most downloaded film in 2005 at The Midnite Madness Movie Festival. His features TK – The Series, Father Dad, Rich From Within and Thug Kidz all went on to become award winning festival films. By 2007 The Action On Film International Film Festival in California gave Kenya top honors by naming an award after him.

In 2011 his film, Black Heart, won three awards, including Best Guerilla Feature Film. In 2012 His movie Brooklyn Gangster won a silver award for Best Feature Film of 2012. Then in 2013, his motion picture, Your Roommate, won a best picture award. Kenya has two other feature films waiting for release this year. One is a christian film, For Old Times Sake, written by Mack Williams & The Expert. 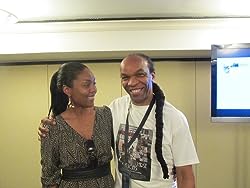 Reviewed by Thomas Jerome Baker
Author of Story Tellers: In Pursuit of Happiness

This book, Prophet – The Story of Nat Turner, by Kenya Cagle, made me, an African American, remember something else that is related closely to this book. It is a hotly disputed speech that is reported to have been delivered by Mr. Willie Lynch on the bank of the James River in the colony of Virginia in 1712. Who was Willie Lynch?

Lynch was a British slave owner in the West Indies. He was invited to the colony of Virginia in 1712 to teach his methods to slave owners there. The term “lynching” is derived from his last name. Reportedly, Mr. Lynch made the following statement:

“In my bag here, I HAVE A FULL PROOF METHOD FOR CONTROLLING YOUR BLACK SLAVES. I guarantee every one of you that, if installed correctly, IT WILL CONTROL THE SLAVES FOR AT LEAST 300 HUNDRED YEARS.” (Source: The Willie Lynch Letter – Indiana University)

For me, it is not surprising that Nat Turner‘s slave rebellion took place in Virginia. It was the most appropriate setting indeed.

As you read this book, keep in mind the author has presented you with historical fiction, based in reality. Above that, it is performing arts, drama, meant to be performed, meant to be brought to the big screen. On Broadway is where this play should be performed properly.

I come to the reading of this book clear about the issues of race, equality of opportunity, and the historical significance of slavery in the USA. Though I never have done so, it is without doubt that a genealogical investigation would reveal to me that I am descended from slaves. That said, everyone who reads this book must as a consequence deal with their own attitudes and beliefs towards race, discrimination in all its forms, slavery, and its impact upon present day society in the USA today.

Does a black President (President Obama) indicate that we have “gotten past” this part of our national history? Do we live in a “post racial” society? Many will answer that a question negatively. What is the basis for lack of progress on racial harmony, equality of opportunity, and protection of constitutionally guaranteed freedom?

Look at the 2 million people in jails and prisons in the USA.

Look, and look again, look into the prisons of the USA, with its disproportionate black, male population.

What you see is the prison industrial complex.

It is the legacy of the institution of slavery in America. African Americans make up only 13% of the total population of the USA, but make up 48% of the total prison population of the USA. Each new case of police brutality, each new police shooting makes us all wonder out loud: “Do Black Lives Matter in America? Can Americans do anything about this sad, unfortunate and desperate state of affairs?

Others will say that it is your attitude, your willingness to work hard, to go for your dreams, which defines all Americans nowadays. I would say both sides have a case, and should be willing to listen to the other.

In the final analysis, the only opinion that really matters in this provocative, soul-searching account of Nat Turner‘s Rebellion is your own personal opinion. Take the time to look deep within yourself, and assess yourself honestly. This book provides a unique opportunity to do this, it promotes reflection and introspection about oneself.

“Keep the body, take the mind”, as Mr. Willie Lynch taught the slaveholders in Virginia, was doomed to failure from its very inception. The reading of this book proves the opposite at every turn of the page. I highly recommend this book, and I congratulate the writer for his efforts to bring coherency to a horrible chapter in America’s history. I look forward to reading more from this author in the future. He challenges his readers to do the exact opposite of what Mr. Willie Lynch did. The author evidently wants his readers to use their minds, and think for ourselves, about ourselves…

Reviewed by Thomas Jerome Baker
Author of Story Tellers: In Pursuit of Happiness

Prophet – The Story of Nat Turner

Thomas Baker is the Past-President of TESOL Chile (2010-2011). He enjoys writing about a wide variety of topics. The source and inspiration for his writing comes from his family.
View all posts by profesorbaker →
This entry was posted in Black History Month, book reviews, Reading, Writing and tagged Black History Month, Nat Turner, rebellion, revolt, slavery, Southhampton, Virginia, Willie Lynch. Bookmark the permalink.