Posted on March 5, 2016 by profesorbaker

January 1st of each year is Public Domain Day. What is public domain? The simple answer: intellectual property rights that have expired, been forfeited, or are inapplicable. Examples of works considered public domain include: the works of Shakespeare, some Beethoven, the formulae of Newtonian physics and most early silent films. For intellectual property to enter into public domain, it must have expired its copyright terms, which could be simply the lifetime of the author, but also could extend 50-70 years beyond the death of the author.

To make things more difficult each country has different copyright laws about intellectual property, especial when it comes to music. Here are a couple of links that will be useful for you as you enter into the world of public domain. The first link is to find out if a music piece is public domain in the United States.http://www.pdinfo.com/public-domain-music-list.php. The second link is more information about Canadian public domain. http://copyright.ubc.ca/guidelines-and-resources/support-guides/public-domain/.

Copyright Term and the Public Domain in the USA

All works published in the United States before January 1, 1923, are in the public domain.

If you live in Europe, January 1st 2016 was the day when the works of Béla Bartók, Blind Willie Johnson, and Felix Salten enter the public domain.1

The works of Adolf Hitler will also enter the public domain, allowing a team of historians topublish a heavily annotated edition of Mein Kampf with around 3,500 academic annotations intended to “show how Hitler wove truth with half-truth and outright lie, and thus to defang any propagandistic effect while revealing Nazism.”

Also entering the public domain are the works of authors and artists who tragically died in Hitler’s concentration camps, includingDietrich Bonhoeffer, Josef Čapek, and Anne Frank.

This would enable projects such as the Anne Frank House museum’s expanded online version of Anne Frank’s diary, intended for release after its copyright expires. Unfortunately, this project could be under threat because the foundation that owns the copyright in the diary is attempting to prolong its copyright with a dubious legal claim.2

In Canada, the works of T.S. Eliot, Winston Churchill, and Malcolm X will emerge into the public domain. Canadians can stage their own dramatizations of T.S. Eliot’s Old Possum’s Book of Practical Cats (the basis for the Broadway show CATS), or add the full works of Churchill and Malcolm X to online archives, all without asking permission or violating the law. However, Canadians may have much less to celebrate next year.

The recently released Trans-Pacific Partnership trade agreement (“TPP”), if ratified, would require Canada, along with 5 other countries, to add 20 years to its copyright term (expanding the term from 50 to 70 years after the author’s death).

This is happening at a time when there is a consensus among academics, economists, and policymakers—including two heads of the United States Copyright Office—that this term is a “big mistake.” Why? Because its benefits are minuscule—economists (including five Nobel laureates) have shown that term extension does not spur additional creativity. At the same time, it causes enormous harm, locking away millions of older works that are no longer generating any revenue for the copyright holders.

Films are literally disintegrating because preservationists can’t digitize them.

The works of historians and journalists are incomplete. Artists find their cultural heritage off limits. Estimates are that the yearly cost to Canada from this term extension could exceed 100 million Canadian dollars.

(You can read about the works that won’t enter Canada’s public domain here.)

Yet, against this backdrop, the TPP would nevertheless mandate the term extension.

If “the definition of insanity is repeating the same mistakes and expecting different results,” this would certainly qualify. 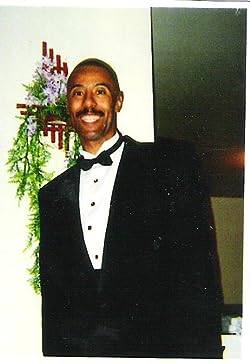 Thomas Jerome Baker is the Past-President of TESOL Chile (2010-2011). He is the Co-Founder and Co-Organiser of EdCamp Santiago 2012 & Edcamp Chile 2013, free, participant-driven, democratic, conversation based professional development for teachers, by teachers.

Thomas is also a past member of the Advisory Board for the International Higher Education Teaching and Learning Association (HETL), where he also serves as the HETL Ambassador for Chile. The source and inspiration for his writing comes from his family, his wife Gabriela, and his son, Thomas Jerome Baker, Jr.

Thomas Baker is the Past-President of TESOL Chile (2010-2011). He enjoys writing about a wide variety of topics. The source and inspiration for his writing comes from his family.
View all posts by profesorbaker →
This entry was posted in Authors, Culture, Public Domain, Reading, Reflections, Uncategorized, Writing and tagged 1923, author, copyright, January, public domain. Bookmark the permalink.