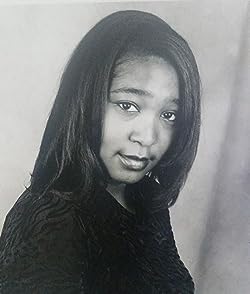 Connor’s mundane teenager life takes a U-turn when she discovers her incredible abilities, and a whole new world opens up around her. Thrilled by her newfound powers, she soon realizes that being special often means being singled out – and not always by those with good intentions.

With a group of friends who share similar abilities, Connor is set on a path of discovery and adventure as they try to find out more about their true self and origin. They soon find themselves pursued by Ronin; young, smart and out for revenge against them for reasons unknown.

The first novel in Dormaine G’s young adult fantasy series, Connor is a witty, intense read and an exciting debut.

“My, what a brave little soul are we. Don’t let this smile fool you, little girl. The only reason you’re still here is because I have my orders, mundane as they are,” Tanner said. “I do recall saying that I don’t need a vial on you, right, but never said that I didn’t have one, did I? Insurance is always a necessity.”

He held his hand out toward the others, and Ronin walked over to me and introduced himself. “You, I have been waiting a long time to meet.”

My skin crawled at what he said, yet at the same time, he mesmerized me, his voice captivated me. He was the most beautiful creature I had ever laid eyes on. His face was so close to mine, I had to tell myself to breathe.

I had to make myself breathe.

Tanzia was right. He couldn’t have been more than seventeen. His complexion was just a hint darker than sun kissed. He stood at least six feet tall with a slim muscular built. He had loose, curly jet-black hair that fell just about to his shoulders. His eyes were different colors, one brown, and the other green. They were the most striking images, even though behind them brewed hatred for me.

I wanted to, no, I needed to, reach out and touch him. What is wrong with me?

“You don’t know just how special you are to me, just how important this night is for you. If you don’t fight it and come back with me willingly, I will show you a far better time than that little boy did tonight. If you fight me, well, then I will only forcibly take you. Your choice.”

“Back off, Ronin, this isn’t even your fight. You don’t know the truth,” Bynder said standing next to me. His words sounded more like a plea. It was the most humane I’d ever heard him speak to anyone.

“Who are you to talk to me? Stay in your place, Keeper,” Ronin spat, stepping into Bynder’s face. His hands were balled into fists, ready to attack any minute.

I don’t know why, but I stepped in between them. Ronin turned his attention back to me. His face and body softened for a minute as he stared at me, but for that brief minute, he allowed me to catch a hint of something else behind those eyes. That strong sense of familiarity washed over me, consuming me all at once.

Dormaine was born in Long Island, New York where she lived most of her life. As an adult she liked to travel out of the country though her favorite places to explore were her fantasy worlds as an author. She may be a nurse by profession but her heart has always belonged to writing. As a young child she spent many Saturdays in the library nurturing her love for books. There she discovered her fascination for the science fiction genre, through books, movies and graphic novels.

Now she resides in Colorado with her husband and two feisty dogs. After many years of working in hospitals and travel nursing she took time off to pursue a career in writing. Her first novel “Connor” is in one of her favorite genres, young adult urban fantasy. Her second love is for horror of which she created the “Madame Lilly, Voodoo Priestess” series. This is just the start of her exploration as she stays locked up her office in Colorado spinning more tales.

“I thoroughly enjoyed the story, and had chills running up my back at the end. The sense of time and place shines through, and the characters, plot and pacing are great…” by ‘Karen Perkins, bestselling author of Thores-Cross and the Valkyrie Series’

In the late 1800’s Odara, a Creole girl in New Orleans, grew up wealthy and having the best of everything. She was taught the ways of plaçage: to be a wealthy man’s common-law wife. She didn’t want to follow the ways of plaçage as her mother had, until she met the man of her dreams, Henry Nicolas. He was handsome, charming and rich; perfect in every way until their first night of marriage when she saw his true malevolent side.

For twelve long years Odara endured abuse in the worst ways possible, taking her from a naive child to a scorned woman. A woman fueled with such revulsion towards Henry she would give anything for vengeance.

Through voodoo, Madame Lilly was born, but with it came consequences beyond even her comprehension.

Soulless and vengeful proves a lethal combination for those who have wronged her.

The time is 1890, the place, New Orleans, and Odara is lost to Madame Lilly, her soulless side—and she has not finished what she started. Unleashing two great forces, Theolus and Hearon, with ferocious appetites against her common-law husband, Henry Nicholas, is just the beginning of the end for Lilly—only she doesn’t know it yet.
For the spirits she raised took what was left of her humanity and left a piece of themselves within her; a piece that craves chaos. Needing to maintain control over them to do her bidding, Lilly must do what is required even if it means becoming more like them.

Tortured, scorned and damned, Lilly has one mission in life: Retribution.

Madame Lilly, The Time of Sanura

History has a way of repeating itself

Madame Lilly journeys back in time to her great-grandmother’s era, the time of Sanura. Both women possess more than a kinship for they are each bound to harmful spirits whom they refuse to relinquish. By the hand of a mysterious being, Elijah, Lilly is transported into the past to witness the dark path Sanura chose—ultimately leading to her demise.

Sanura fights to deny her ability to see the non-living, but the more she refuses the sight, the more the dead flock to her. A dreadful accident takes place, forcing her to finally accept her once unwanted gift. She soon welcomes the dead.

Through Sanura’s struggle of growing up an innocent child forced to take on the burdens no one should carry, she ultimately transforms into a frightfully powerful woman. Lilly watches from afar as Sanura grows more commanding with each act of wickedness, until her final downfall. Even then, Sanura refuses to surrender her bound spirits for they need her as much as she needs them. 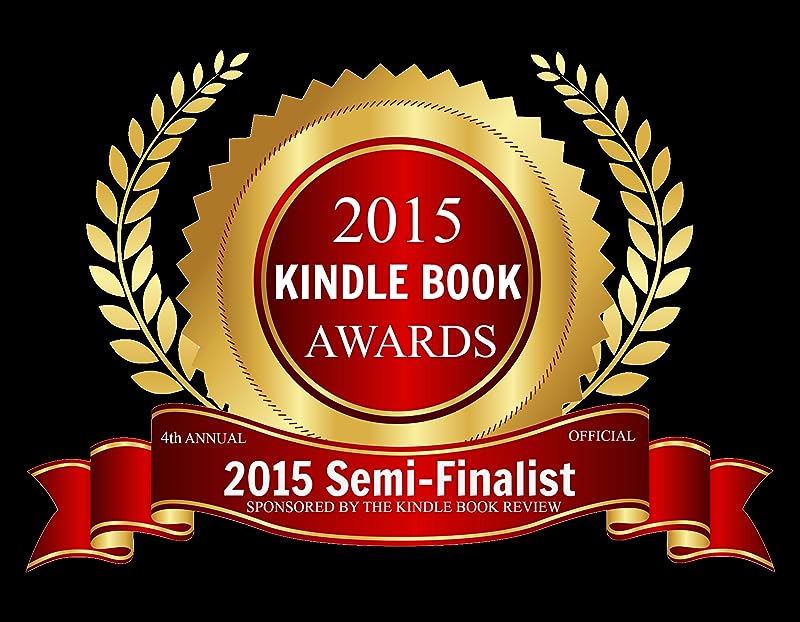 When the truth is lost to you, how do you solve a case when you’re the main suspect?

Micco, a captivating man with a desirable physique and statuesque features, radiates a mysterious allure. Living on the reservation with his unapproachable father, he doesn’t believe in the old ways and works as a cop in the local town. The only reason he lives on the land is Nara, his childhood friend and the love of his life, who is married to a cruel reservation man.

Waking up in the heart of a murderous scene, he flees for his life, unfamiliar with his surroundings or how he arrived there. To his horror, he’s assigned to the case. As he works with the local detective, more murders transpire with unusual, terrifying sightings of wolves.

His behavior starts to drastically change, forcing others to take notice. Although trying to avoid the inevitable, Micco is forced to accept the undesirable truth, unable to fight what has been awakened, and all that he has forgotten is finally revealed.

Earth
In the aftermath of betrayal, dust is settling. The San cannot rest as they take more responsibility defending Earth. Meanwhile, Connor must endure immeasurable physical pain as her abilities grow stronger, both through fights and brutal combat training of The San, for they must prepare for what’s coming: war.

Connor’s loyalties are questioned as her actions are put to the test. She is forced to make harsh decisions against the Elders’ disapproval when the world around her crumbles. Ultimately, one decision will seal her fate.

Ether
This foreign planet known for its unyielding cruelty is where Willow now resides. Ultimately, she’s forced to confront the actions that put her there. Condemned to continuous battle, she has to overcome her once shallow self and accept the inevitable:: fight or die.

Ronin is back, and on a mission no one else knows about. The very one closest to him is Connor, his mortal enemy. Neither is willing to accept their destiny, yet compelled by it. Will enemies become allies, or battle to the death?

When Sterling Chandler met his wife a few years back, his happiness felt complete – until a mistake came between them and turned their steamy love into a frozen sea of agony. On the brink of divorce, the two decide to take a brief vacation – away from each other. It is a time to evaluate their marriage, and decide if there is anything left to salvage.

Distraught and lonely, Sterling chooses to spend the next five days in a small ski resort town in Colorado, hoping that the cold mountain air, friendly people and daunting slops will help clear his head. Unfortunately, his head quickly gets muddled when Hanna, the Inn Keeper’s stunning daughter, is asked to be his ski instructor. It’s a temptation he didn’t realize he would face and one he really doesn’t need right now… one that is made worse by Hanna’s obvious curiosity and interest.

The next five days will test Sterling in ways he can’t imagine – and make him question everything he thinks he ‘knows’ about his life, and heart.

A MUST READ FOR FANS OF THE MYSTERIOUS WORLDS OF GHOSTS, SEA DWELLERS & SHAPESHIFTERS!

An excellent value – 6 short stories for the price of 1! Available for a limited time!

Have you ever wondered about different myths of the world? These include the stories that so many cultures live by and the ones that of the best movies are based upon? You do know that these interesting concepts haven’t just appeared out thin air, right?
Introducing Mysticism & Myths, a paranormal collection. Each author has chosen a legend or culture from various regions, and embellished the details. Webs have been spun, and fantasies have been built in an effort to deliver to a collection that is sure to be entertaining.
The worlds captured in these stories are many! From ghosts and vampires to sea dwellers and shapeshifters, and even ancestral rebirths! There’s something for everyone.

#newrelease The dust has yet to settle but the war has already begun #paranormal #T4US https://t.co/22Kew3A739 pic.twitter.com/JjKmToz8Np