Thomas Baker: My guest this evening is the best-selling author, Dominic Piper. Dominic, thank you for agreeing to stop by and visit my blog. I appreciate your taking the time and trouble to do this interview.

Dominic Piper: It’s no trouble at all Thomas. Thanks for inviting me.

TJB: Dominic, before we get into the interview, I’d like to share your author bio with my readers. After that we can talk about your books and let my readers get to know your fascinating work.

DP: Sure, that’s fine with me. 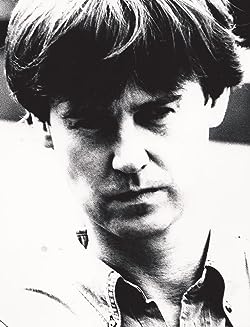 Dominic Piper is an author living in London, UK. His first novel, Kiss Me When I’m Dead, featuring the enigmatic London-based private detective Daniel Beckett, was a critically acclaimed best-seller.

The second Daniel Beckett mystery, Death Is The New Black, has been released to similar critical acclaim and is also a best-seller.

Both books are published by Endeavour Press, the UK’s leading independent digital publisher.

TJB: Dominic, could you please tell my readers about yourself and the books you have written?

DP: Well, I live in London, UK. I’ve spent the last couple of decades working as a television writer and script doctor for films and television productions, mainly in the UK, but also in Europe and Canada.

So far I’ve written two thrillers, Kiss Me When I’m Dead and Death Is The New Black, both featuring the enigmatic, London-based private investigator Daniel Beckett. I’m currently working on the third.

TJB: Can you tell us more about your books please?

DP: The most recent book, Death Is The New Black, was released in August 2015 and is available as an eBook on Amazon, published by Endeavour Press.

TJB: What is the book about?

DP: A top fashion designer called Sara Holt is getting a lot of inexplicable street hassle. People are also breaking into her flat. They don’t steal things; they just move things around to let her know they’ve been there and can get in again if they so wish.

As there is no hard evidence for any of this, the police are dubious about her story. Is she going mad? Then she hires private investigator Daniel Beckett and the truth gradually unfolds.

TJB: Dominic, as I look at the cover artwork for both books, it draws you right into the mystery. Somebody is trying to scare Ms. Sara Holt, but for the police, on the scale of 1 to 10, this is definitely a 1 for them. If this happened to me, or somebody in my family, it would be a 10. So the need to get to the bottom of things is credible. This book is obviously well written. Let me follow up on the writing. Do  you have any unusual writing habits?

DP: Not really. For years I used to write in longhand and then edit while typing it up. I had a block about writing straight onto the computer. One reason for this was that there was no computer or electricity in the shed where I used to write, either lying face down on the floor or leaning against an old mattress, staring into space.

I was aware that this block didn’t occur when I was writing profoundly hilarious, deeply obscene and bitingly witty emails to friends, so I gradually weaned myself off longhand and now only use a pen and paper when I’m charting out the plots for my novels.

For those who are interested in such things, I’m currently doing this using a black uni-ball Signo pen on a 12 x 16 inch pad of W.H.Smith Acrylic Paper – White Paper just crying out for colour, it says here.

TJB: That’s very interesting. Many authors have told me they have special places where they write. Speaking of authors, what authors, or books have influenced your writing style?

I read The Big Sleep by Raymond Chandler when I was in school, but that’s about it.

If any fiction has influenced the structure of these novels, it would be more likely to be Ian Fleming or John le Carré, though stylistically there isn’t much similarity.

I do know people who say they’ve been influenced by this or that author, but I’m not one of them.

TJB: What other books are you working on now?

DP: I’m currently writing the third thriller featuring private investigator Daniel Beckett. It’s usually a long process as I have to fit it in amongst my television work. Don’t hold your breath! Or better still, hold your breath. See what happens. It might be exciting or life-changing.

TJB: Dominic, you are a best-selling author.  You already mentioned your publisher, Endeavour Press. But I’d like you to share with my readers what you have done to promote your work. What is your best method or website for you when it comes to promoting your books?

DP: Primarily Twitter, though, of course, you can never tell precisely how effective this is. I’m on Facebook also. I have a publisher, and it has been very effective for me to leave most of the promotion up to them. I focus on writing as great a novel as I possibly can and that has made all the difference.

TJB: I agree with you that writng a great novel is a key element in being successful over the long term, as you have been. Do you have any advice for new authors?

DP: Don’t give up! Or, better still, give up! Or do something in between those two extremes. Perhaps give up while considering not giving up.

Or don’t give up while actually giving up.

People who give advice to writers always say ‘keep writing’. Why?

Why should you keep writing?

Why should you take their advice about something like that?

They should keep writing.

In fact, perhaps they should write a little more, so you don’t have to.

Perhaps if they write a little more, they wouldn’t have any time left to tell you to keep writing.

Thomas, have you ever noticed that books about how to write a successful novel or whatever the hell it is are always written by people you’ve never heard of? 🙂

DP: Exactly. And that when you take a look at what they’ve done as a writer, it’s always rubbish, lame and/or stuff you’ve never heard of? They’ve created a totally useless and redundant sub-genre ‘People who you’ve never heard of and who’ve written rubbish advising you how to write’.

TJB: Dominic, let me get you to focus on a universal truth. People in all professions and occupations tend to look for role models, people who are successful, and then try to emulate what these successful people are doing. So my next question is one in which I’d like you to look directly into the camera and answer, from your perspective as a successful author. What is the best advice you have ever heard for authors?

I was asked to write these novels based on my reputation as a television writer, so I have never gone through that rejection process, though I have gone through it with television scripts.

If you’re a struggling author, I think the main thing is not to take rejection too personally.

Many of the people who read your manuscript really have no idea what’s good or bad and are afraid of losing their jobs if they make a bad decision.

Many of them have never read anything before apart from supermarket magazines and instructions on the back of bottles of toilet cleaner. They’re like headless chickens but with less brain and that’s an insult to headless chickens.

In a publishing company or a television company, no one wants the job of reading through endless unsolicited manuscripts or scripts, so the job is usually given to someone junior and therefore inexperienced. Or someone related to the director of whatever company it is.

There are loads of reasons why a publisher may say ‘no’, and it isn’t always to do with the quality of your work. It’s often because they’re restricted to using words with one or two letters.

By the way, if someone says they don’t take any unsolicited MSS, or won’t see your work unless it’s sent in by an agent, send one in anyway, just to irritate them. I mean – who the hell do they think they are?

TJB: I have a feeling that a lot of unsolicited manuscripts are going to be sent out. 🙂 What are you reading now?

DP: I’m currently reading International Lonely Guy about the artist Harland Miller, featuring reproductions of his work and interviews with various celebs and the artist himself. I’m a fan of art books and this is one of the most entertaining ones I’ve read in a while.

I’m also reading Cruel Tales by Villiers de L’Isle-Adam, a French symbolist writer. I’d read this when I was in school and it’s always haunted me. I was reminded of it when I saw his grave in the Père Lachaise cemetery in Paris last year and re-bought it. Of course, I’m also reading about a dozen books for research for the new novel at the same time. I’m not telling you what they are! 🙂

DP: I don’t think forward in that way and I don’t have plans. That’s very Zen, isn’t it. I saw something the other day when someone said that being an author should be thought of as running a small business. I think that’s advice more suited to selling cardboard boxes or something. You should never go into writing and think of it as a job or a career, let alone a small business. In one way or another, you should be doing it to shake things up and/or ridicule outdated and stupid attitudes.

TJB: Your comment is going to resonate with a lot of people, Dominic. It speaks to the aesthetics of writing, writing as art, writing as a spiritual experience. To quote Norman Fischer, “By what narrow path is the ineffable silence of Zen cleft by the scratch of a pen?”

Norman Fischer’s Experience: Thinking, Writing, Language, and Religion is a collection of essays by Zen master Fischer about experimental writing as a spiritual practice.

In Experience, Fischer gives voice to the sentiments you just expressed Dominic. So yes, on the one hand we have the author as entrepreneur, and on the other, we have the author as a spiritual entity, who takes a critical approach to the social conditions of the time and age in which they live.

The place at which authors find themselves, at one extreme or the other, is fluid, dynamic, responding to the author’s unique circumstances. At the end of the day, writers evolve. Rarely will an author end his/her journey as an author exactly at the same state of evolution in which they began.

So, there is legitimate hope that an author with a business mindset could leverage their eventual success for more socially relevant causes. Literature gives us countless examples of authors who have traveled this road.

To finish, Dominic, I’ve got to tell you some Bad News and some Good News. Which do you want first?

Dominic: Give me the bad news first.

TJB: You are stranded on a desert island. That’s the bad news.

Thomas: Dominic, thank you most kindly for this interview. 🙂 It has been unique, and I predict many authors and readers will enjoy reading your thoughts. I have enjoyed your company.

Dominic: My pleasure Thomas. Thanks for having me. 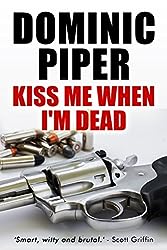 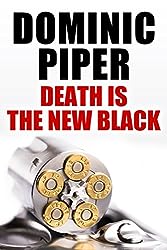 Thomas Baker is the Past-President of TESOL Chile (2010-2011). He enjoys writing about a wide variety of topics. The source and inspiration for his writing comes from his family.
View all posts by profesorbaker →
This entry was posted in Authors, book reviews, Reading, Reflections, Writing and tagged author, Canada, Daniel Beckett, Death Is The New Black, Dominic Piper, Endeavour Press, Europe, Facebook, Kiss Me When I'm Dead, London, social media, thriller, twitter, UK, writer, Zen. Bookmark the permalink.