Inequality continues to be the topic of discussion not only in the United States but also around the world and especially in Latin America. Countries in the region have some of the worst inequality. It is not surprising that Latin American educational results are also some of the worst around the world. The Programme for International Student Assessment (PISA) evaluates education systems worldwide by testing 15-year-olds in key subjects. Chile, the highest Latin American performer in the PISA rankings, scores 10 percent lower than the average. The rest of Latin America does even worse.

The topic of quality education and inequality was addressed by Milton Friedman in his 1962 groundbreaking book “Capitalism and Freedom.” In his words, the “imperfections in the capital market tend to restrict the more expensive vocational and professional training to individuals whose parents or benefactors can finance the training required. They make such individuals a ‘non-competing’ group sheltered from competition by the unavailability of the necessary capital to many individuals, among whom must be large numbers with equal ability. The result is to perpetuate inequalities in wealth and status.” Friedman devoted the last years of his life and his economic resources to educational reform and his legacy continues to impact policy through the efforts of the Friedman Foundation for Educational Choice.

Leaders from free-market think tanks have also addressed the issue. At the turn of the century Harald Beyer, the current director of the Centro de Estúdios Públicos and former Chilean Minister of Education, produced relevant studies showing that the high inequality in Chile, and other Latin American countries, was determined by income not so much by assets. He also showed that income inequality is strongly correlated with levels of education. Unfortunately, most educational services are still dominated by coercive forces, and this has contributed to exacerbate inequalities. The previous director of the think tank, Arturo Fontaine, recommended that as long as the state plays a role in education, it should provide generous merit scholarships. Some countries, like Singapore and Taiwan, where extreme poverty has been mostly eliminated have also based their strategy on educational support for the brightest.

In “Educación 3.0,” Sanchez Zinny and McBride describe the growing awareness by intellectual and social entrepreneurs as well as business leaders that the fate of their countries will depend on educational quality and innovation. Choice and competition will be essential in this field as in any other. As current studies have shown, especially the Latin American outlook released by the Brookings Global-CERES Economic and Social Policy in Latin America Initiative (ESPLA) the region’s previous commodities-based, export-led, low productivity economic model will not be enough to advance to the next stage of development.In Chile, between 1987 and 2000, the poorest quintile increased its real income by 73 percent. In later years the efficiency of growth diminished in relation to the decline in poverty. Rates of growth of 2 or 3 percent, once most people are out of extreme poverty, do not have a strong impact on the poor. When one can’t rely on fast rates of growth there is a stronger need to focus on educational reform to liberate the potential earning power of the poor.

Such is the case made by a new book “Educación 3.0.: The struggle for talent in Latin America” written by Gabriel Sanchez Zinny in collaboration with James McBride. The book describes numerous efforts focusing on improving educational policies and, perhaps more important, changing the attitudes towards education and learning. Sanchez Zinny, who worked in the private and government sectors, has ample experience in the world of think tanks. He started with Grupo Sophia (Argentina). He then founded a think tank in the Dominican Republic. After moving to the United States he was senior fellow at the Atlas Network, and currently is a fellow at CSIS and at the Atlantic Council.

Latin Americans are entering the educational market and competing in many fields. In higher education they are coming with their own versions of global players like DeVry, Pearson , or Laureate. Efforts include UTEL, an online university in Mexico, Vigenta Educacion, in Peru, and Veduca, in Brazil. The growth of online courses, and the needs of blended learning, are also changing the way content is being delivered. “Education 3.0.” describes numerous private sector led innovations. In Brazil, Descomplica, provides a “full-service online platform” with study guides and instructional videos. A Guatemalan entrepreneur founded Duolingo, a free language teaching app, and a Venezuelan launched Open English to compete in the same market. There are also Khan Academy-like free video teaching services.

Sánchez Zinny and McBride argue that there is a need to find the right balance between the private and the public sectors. They write, “Governments in general do not have a comparative advantage in innovation and risk taking, but they can help scale up and expand good ideas. Meanwhile, the private sector social investors can help improve efficiency and capacity.” With so much government presence in the educational sector there is a temptation to come up with top-down formulas to strike the right balance. I have doubts with one of the conclusions that “governments need to be the guardians of quality in private education, and set the standard of comparison with public schools.” The large majority of these governments continue to impose educational policies that cater more to teachers unions than to student needs.

The best results to unleash Latin American talent will likely come in countries where government policies help stage the scene for competition, choice, and transparency. A step forward would be for donors and think tanks in Latin America to replicate efforts such as those of the Friedman Foundation or such as Fraser Institute’s Canadian school report card. Independent evaluations, such as Fraser’s report card, as well as the PISA tests, can help the many actors deeply committed to educational improvement, to push for the necessary changes in the problematic Latin American educational scene. 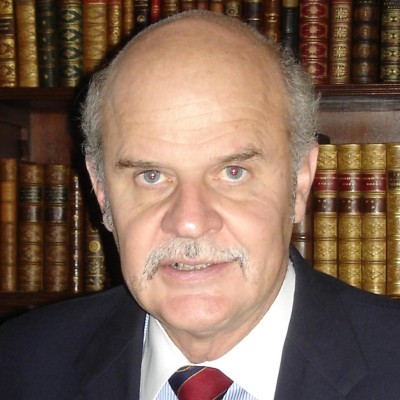 BIO: I have been president of Atlas Economic Research Foundation since 1991. A member of the board of advisors to The Center for Vision & Values and a trustee of Grove City College, I am also the president and founder of the Hispanic American Center of Economic Research. I serve on several boards including the Chase Foundation of Virginia, the Acton Institute, the Fraser Institute (Canada), and am an Active Honorary Member of the John Templeton Foundation. In 2014 I received the Walter Judd Freedom Award from the Fund for American Studies.

Opinions expressed by Forbes Contributors are their own.