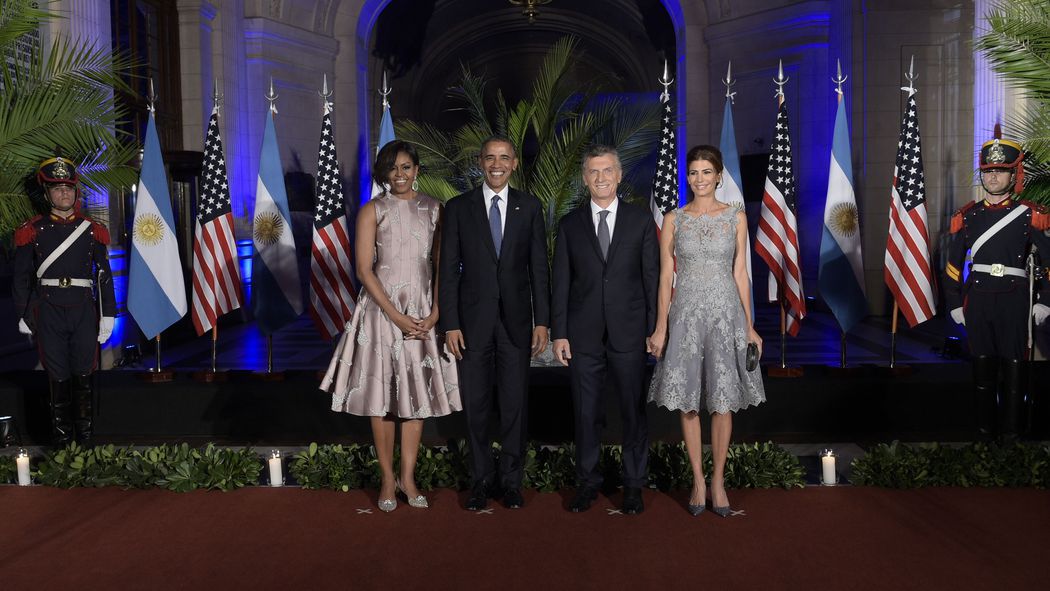 Public primary and secondary education for children has been free, secular and compulsory since 1884. Higher education at public universities has been free of tuition since 1918. As a result, Argentina has the second most educated populace in Latin America (after Cuba), comparable to many European nations.
The Peronista government of President Cristina Fernandez de Kirchner nevertheless has not believed that good is good enough. Cristina and the Congress enacted new legislation last week to extend the opportunity of a university degree to even more citizens (and non-citizens as well, since foreign students do not pay tuition either).
The new law (in Spanish and in English) makes two key changes to the current legal structure governing public universities, the Ley de Educación Superior (Law of Higher Education) of 1995.
First, it prohibits any and all non-tuition fees at public universities. As we know in the U.S., state-funded universities have often found ways to charge students and parents a boatload of money, without calling it tuition: student services fee, campus facilities fee, instruction fee, orientation fee, application fee and so on ad infinitum. When non-tuition fees still amount to thousands of dollars per year, it seems duplicitious to refer to a state university as being “free.”
Argentina has suffered some of the same “fee creep” over the years, although the actual amounts have been far less than in the U.S. in line with the lower cost of living here. Still, these fees have created barriers to higher education for young people from poor families. Public universities now may not charge any fee whatsoever to a student.

Second, the measure bans admissions tests. In the U.S., high school students typically take the ACT or SAT and universities use their test rankings as a key component in deciding whom to admit. Argentina has had similar qualifying exams. The cost of the tests themselves has not been the primary problem: it has been the cost of tutoring and coaching to prepare for the exams.

Well-off students could afford months of expensive private instruction to boost their chances of performing well on the admissions tests. Poor students, of course, could not. Consequently, university admissions began to skew toward the children of affluent Argentinos as these prep courses became more popular.

Now, public universities must admit all students who meet a few very basic requirements, such as graduation from high school, and even that can be waived for older students. It doesn’t give new students a “free pass” on everything; they still must perform adequately in their university courses once they are admitted. It levels the playing field and after that every student will still need to study and work hard.

School of Engineering,
University of Buenos Aires
The flagship public university in Argentina, the University of Buenos Aires (UBA), has an enrollment of more 300,000 students.
Every province has at least one state university and in total there are 48 public universities and institutes in the country, educating nearly 2 million students (out of a population of about 43 million).
Even with this wide distribution of campuses, zero-cost policy, and minimal requirements for admissions, there are of course challenges still for poor students. The truly poor often must rely on their children’s employment to sustain the family so taking time off to attend classes is difficult.
Some programs and vocations, for example veterinary medicine, are offered only at certain universities, necessitating relocating to another city and the cost of living there instead of at home with parents. Nevertheless, this move opens up the possibility of a university degree to many more young people than ever before.
Argentina has many problems with its economy, corruption in government, wealth inequality and more. Yet somehow, this developing-world country has managed to provide a system of free education all the way through university for its people.
It also has universal health care, with free hospitals in every city and free clinics for vaccinations, preventive care and education, and treatment of routine health problems in most villages.
America is still struggling with both issues, propping up the for-profit healthcare and insurance industries on the one hand and undermining public schools to funnel money into for-profit educational rackets on the other.

During President Obama’s visit, President Macri proposed to increase significantly the number of Argentine student and teacher exchanges to the United States, committing 1,000 new teacher and educational exchanges, including fellowships for Argentine undergraduate and graduate students to study at U.S. universities.

President Obama also announced new resources for the 100,000 Strong in the Americas Innovation fund through support from the CAF Development Bank of Latin America and the Instituto Nacional de Educacion Tecnologica, which will further expand educational exchange opportunities.

Perhaps the U.S. could take note of what Argentina’s Higher Education Law declares in its mission statement:

The State, to whom falls the non-transferable responsibility to provide public higher education, recognizes and guarantees the right to provide this level of instruction to all those with the required studies and ability who wish to do so.