The Story Of A Man Named #Valentine 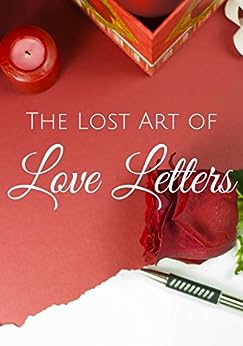 All over the world, people celebrate Valentines Day. Nonetheless, few people know much about its history.

Nowadays, it has become an excuse to spend money on flowers (roses), chocolate, romantic dinners and even more romantic getaways.

Just another commercial holiday, in other words.

The Story of a Man Named Valentine

Mr. Valentine lived in the third century AD in Terni, Italy. According to the legend, Valentines Day goes back to this Italian Bishop, Saint Valentine. He would secretly marry people. He did this against an existing prohibition. It is said that if you wanted to get married, he was the man to go to. He went so far as to marry slaves or soldiers. Imagine that, slaves and soldiers getting married. What good could come of that?

Worse even, Bishop Valentine married people in the Christian tradition. Thus, he was breaking the prohibition of the Roman emperor. In that time, Christianity was banned as a religion. So Valentine was definitely playing with fire. If the emperor found out, Valentine would be fed to the lions.

As you might expect, Bishop Valentine’s luck ran out. He got caught. No, he wasn’t fed to the lions. The emperor had him beheaded. It’s not too difficult to guess what day of the year Bishop Valentin lost his head.

Yes, on February 14 (did you guess correctly?), in the year 269, by order of the Emperor Claudius II, Bishop Valentin was executed. In this way, he became a martyr of the Christian faith. Legend also has it that while in jail, awaiting execution, Bishop Valentine left a farewell note for the jailer’s daughter, who had become his friend, and he signed it “From Your Valentine.”

This is a great story, but in all fairness, the exact origins and identity of the man named Valentine are unclear. According to the Catholic Encyclopedia, “At least three different Saint Valentines, all of them martyrs, are mentioned in the early martyrologies under the date of 14 February.”

One was a priest in Rome, the second one was a bishop of Interamna (now Terni, Italy) and the third St. Valentine was a martyr in the Roman province of Africa.

Legends vary on how the martyr’s name became connected with romance. The date of his death may have become mingled with the Feast of Lupercalia, a pagan festival of love.

On these occasions, the names of young women were placed in a box, from which they were drawn by the men as chance directed. In 496 AD, Pope Gelasius decided to put an end to the Feast of Lupercalia, and he declared that February 14 be celebrated as St Valentine’s Day.

Lupercalia, known as, The Feast of the Wolf, was the festival of the Roman Goddess Lupa (the female Wolf). She was worshiped in the form of the goddess Juno Februata, the Goddess of “Love Fever”.

On this day, flowers were sacrificed and couples apparently connected by “love lottery” for one year. Girls went to the temple, to consult the love oracle.

Young men drew from the lottery an unmarried girls name.

The drawn couples walked along the river Tiber and many of them became lovers.

About 100 years after his death, Valentine was canonized. In the Middle Ages, 496 AD, 200 years later, Pope Gelasius declared February 14 the existing holidays and customs to the Christian faith, and now called it the day of lovers “Valentine’s Day”.

Thus, the old pagan tradition was assimilated into the Christian tradition, under a new name. Same game, just a new name, left everybody happy it seems. The people had a celebration, and Christianity was able to loosen the grip of pagan practices over the people. As Shakespeare’s Juliet would famously say:

“What’s in a name?  A rose by any other name would still smell as sweet.”

Since the Middle Ages, royalty, aristocrats, writers and poets have happily adorned their love offerings with Chaucer’s images of mating birds and Cupid with his quiver of arrows. Lovers, whether royal or rustic, exchanged Valentine’s Day love tokens in keeping with their position: elegant poems with musical accompaniment, precious medals, works of art, or simple nosegays of flowers and handmade gifts. Usually, the Valentine gift was a serious declaration of love, and often a formal invitation to marriage. Valentine’s Day could also be a playful occasion. On February 14, 1667, the writer, Samuel Pepys, wrote in his diary:

“This morning come up to my wife’s bedside, I being up dressing myself, little Will Mercer to be her Valentine; and brought her name writ upon blue paper in gold letters, done by himself, very pretty; and we were both well pleased with it. But I am also this year my wife’s Valentine, and it will cost me 5 pounds; but that I must have laid out if we had not been Valentines. So to bed.”

On February 14, 1383, the poet Chaucer performed his poem “The Parliament of Fowls” for King Richard II. The Parliament of Fowls (Birds) has 699 lines and has the form of a dream vision of the narrator. The poem is one of the first references to the idea that St. Valentine’s Day was a special day for lovers.

The plot is about the narrator who dreams that he passes through a beautiful landscape, through the dark temple of Venus to the bright sunlight. Dame Nature sees over a large flock of birds who are gathered to choose their mates. The birds have a parliamentary debate while three male eagles try to seduce a female bird. The debate is full of speeches and insults. At the end, none of the three eagles wins the female eagle. The dream ends welcoming the coming spring.

“Seynte Valentine of custome yeere by yeere
Men have an usance, in this regioun
To loke and serche Cupides kalendar,
And chose theyr choyse by grete affeccioun,
Such has been move with Cupides nocioun,
Takying theyre choyse as theyre sort doth falle;
But I love oon whiche excelleth alle.”
(Valentine Letter sent from Henry V to Catherine of Valois, 1420)

In 1420, Henry V hired John Lydgate to compose a Valentine greeting to Catherine of Valois. The tradition of love letters, poetry and Saint Valentine’s Day continued in the royal Tudor line. It is perhaps to Henry VIII that we owe the survival of Saint Valentine’s Day, for he made it a national holiday in England by Royal Decree, in 1537.

“And, cosyn, uppon Fryday is Sent Volentynes Day, and every byrdde chesyth hym a make [mate] and yf it lyke yowe to come one Thursday at nyght, and so purvey yowe, that ye may abyde there tyll Monday, I trusty to God that ye schall so speke to myn husband; and I schall prey that we schall bryng the mater to a conclusion.”
(The Paston Letters, no. 782)

In England, Valentine’s Day was a day for the formal negotiation of arranged marriages, as well as courtship. In this correspondence from 1477 we have a letter from Dame Margery Brews proposing that John Paston marry her daughter. In the body of correspondence from which this letter is drawn there is also one from the daughter, Margery, that indicates she was indeed interested in the match.

The practice of sending actual St. Valentine’s Day cards originates in England circa 1400.  What is referred to as the first actual Valentine is a letter written in 1416 by Frenchman Charles, Duke of Orleans, to his wife during his imprisonment in the Tower of London.

This first Valentine itself is bittersweet as she died before it could reach her as the Duke was imprisoned in various English castles for nearly 25 years.

The original letter still exists and is held at the British Library in London.

Incidentally the oldest surviving Valentine written in English is also held there.  This was written by Margery Brews of Norfolk to her fiance John Paxston in 1477.

The practice of sending hand-written Valentine’s Day cards does indeed first appear circa 1400 in England.  Another long-standing belief is that King Henry VIII established February 14 as St. Valentines’ Day in a royal decree in 1537.  By 1601 St. Valentine’s Day has become part of England’s “popular consciousness to the extent that…William Shakespeare mentions it in Ophelia’s lament in Hamlet:

All in the morning betime

And I a maid at your window

By the 17th century it became commonplace for friends and lovers from all social classes to exchange small tokens of affection like hand-made cards, chocolates, and small gifts on St. Valentine’s Day.  Some of these traditions found themselves brought to America with the colonists.  In fact their popularity grew with imported “writers” from England that were actually booklets that had various “be my Valentine” messages that one could copy onto decorative paper and send.  One popular “writer” even had responses.

Late 18th century and early 19th century Valentines were often religious in nature.  It wasn’t until 1847 that the first American mass-produced Valentine made from–what else but–English imported embossed paper and lace was produced.  They were created and sold by Esther Howland of Winchester, MA, who is commonly referred to as “The Mother of the Valentine”.

“The popularity of sending and receiving [Valentine’s] cards [in England] grew alongside the improvement in postal services and methods of printing to the point in the 1830s where postmen needed refreshments to help with the unprecedented number of cards they had to deliver.” [3]  In America the Valentine didn’t truly become a tradition until during the Civil War (1861-1865) “when [V]alentine cards often depicted sweethearts parting, or a tent with flaps that opened to reveal a soldier.” [4]

“By 1900 printed cards began to replace hand-written letters due to improvements in printing technology.  [Indeed] [r]eady-made cards were an easy way for people to express their emotions in a time when direct expression of one’s feelings were discouraged.”  It was in the Victorian era with advancements in printing and then the introduction of the “penny post” that sending Valentines became even more popular.

The penny postcard Valentines were most popular during 1890-1917.   Sometime in the late 1800s sending Valentine’s cards fell out of fashion only to be revived sometime in the 1920s.  Contrary to what some believe–Hallmark did not create this holiday.  Hallmark’s first Valentine card was not produced until 1913.

Valentine’s Day now accounts for 25% of the cards sent each year according to the Greeting Card Association.   Today 180 million Valentine’s Day cards are exchanged in a holiday that in 2014 reached $17 billion in spending.

Nowadays, beyond commercialism, Valentine’s Day reminds us of the desire of love and pleasure. St. Valentine did not care about rules, class, or social status and did give love its proper Christian sanction. This he did, no matter if rich or poor, slave or soldier.

4 Love is patient, love is kind. It does not envy, it does not boast, it is not proud. 5 It does not dishonor others, it is not self-seeking, it is not easily angered, it keeps no record of wrongs. 6 Love does not delight in evil but rejoices with the truth. 7 It always protects, always trusts, always hopes, always perseveres.

“In the flush of love’s light, we dare be brave. And suddenly we see that love costs all we are, and will ever be. Yet it is only love which sets us free.” – Maya Angelou 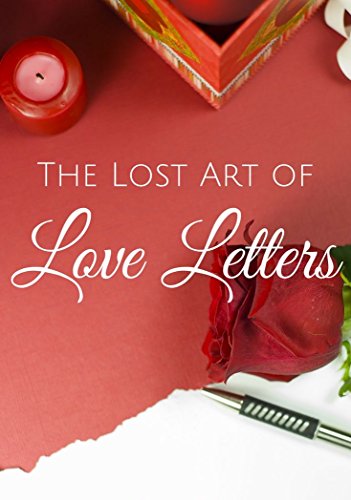 The Lost Art Of Love Letters

The Lost Art Of Love Letters

Thomas Baker is the Past-President of TESOL Chile (2010-2011). He enjoys writing about a wide variety of topics. The source and inspiration for his writing comes from his family.
View all posts by profesorbaker →
This entry was posted in Culture, Writing and tagged David and Emily, Henry VIII, love, love letter, St. Valentine, The Lost Art Of Love Letters, tradition, Valentine's Day. Bookmark the permalink.