5-Star #BookReview: Murder At The Fourth by Duncan Whitehead 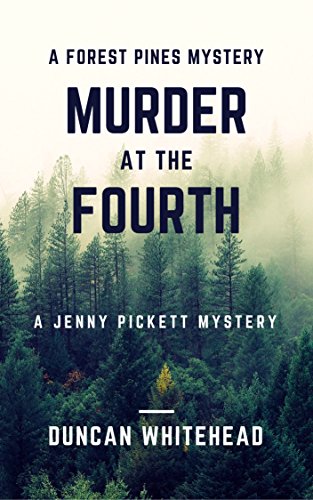 Synopsis: Retired Miami Detective, Jenny Pickett, is loving life in the small Montana town of Forest Pines. That is until local businessman, Donald Sands, is found murdered on the local golf course.

Young and inexperienced Sheriff, Steve Calder, needs help and turns to Jenny to assist him in his investigation.

Suddenly Jenny is plunged into a mystery unlike any other she has encountered and faces a multitude of suspects who all have a reason to rejoice the victim’s death.

It isn’t going to be as easy as Jenny thought, as she tries to find out who killed the most unpopular man in town.

A string of mistresses, a jealous husband, a shady realtor as well as a down on his luck store owner, who couldn’t repay a debt, are just some of the suspects as the plot thickens, and twists abound. Meanwhile, skeletons from Jenny’s past are rattling their unwelcome bones. The truth contorts to a climax that will leave readers breathless.

I’ve read all of Duncan Whitehead’s books, so I’m a fan! Murder At The Fourth was so fast paced, I read it in three hours. Right now, I’m so involved with the ladies of Gordonston, I found it a bit difficult to wrap my head around the new characters, but this is my fault, not the author.

Due to a medically required retirement, homicide detective, Jenny Pickett, is living a rather reserved life in Forest Pines, Montana with her dog when her life once again gets shaken up. A local businessman who is disliked by pretty much everyone, is found shot to death on the fourth par of the golf course. The case seems overwhelming for Forest Pines young sheriff, Steve Calder, so he incorporates Jenny’s help. This is when the twists and turns begin, and never stop. As Steve, Jenny, and her dog, Thor, work to solve the death, more interesting characters get involved, keeping you turning pages.

I had two issues, but won’t mention one as it’s a spoiler. But the other is that I have to wait until Whitehead completes the 2nd book to keep reading. Kudos to the author for another series I’ll be following. I may return to change my 4 star to a 5 because this is a well written story, so intriguing I read it without stopping. I’m just missing my Gordonston ladies!

The first book I read from this author was, The Gordonston Ladies Dog Walking Club. I have been a fan ever since. Duncan Whitehead is an award-winning author (2013 Reader’s Favorite International Book Award and Gold Medalist) who really knows what he is doing when he takes up his pen and puts it to paper. So when I saw he was about to bring out Book 2 in this series, I knew I had to get Book 1 read so I could go on to the next one. That book is entitled: “Murder In Miami: A Forest Pines Mystery, and it just came out on March 6th, 2017.

I found Book 1, Murder At The Fourth, to be everything that I expected it would be. Was it about murder? Yes, it was. Was it a mystery that would parcel out the clues in bits and pieces until you “knew” who did it? Yes, it was. Was I wrong about who the murderer was? Yes, I was. Did Whitehead include a humorous approach to the storyline? Yes, once again. In fact, I found it absorbing and uniquely amusing, which is a surprising characteristic for a story about murder.

My favourite part of the book? That’s easy. It’s the foreshadowing in the first chapter.The encounter, seemingly innocent, between Steve and the stranger, Lawson, caught my attention. It is obvious that this chance meeting will contain significance for later events in the book, and I was not disappointed.

The first chapter seems to present the inner life of a small town policeman who has had the fortune to meet the woman of his dreams, Ms. Jenny Pickett. That part, Steve’s love life, carries the greater impact on the reader. However, it subtly distracts from the fact that Steve’s mission in life is capturing criminals.

The focus on love lulls the reader into taking your eyes off an event that should register more deeply, namely, a stranger in a small town. As you can see, this drew me into the story, and it intrigued me. My hunch was that Lawson would be the eventual murderer, and I read on to see if I could confirm my hunch. As I said before, I failed.

If you are the kind of person who enjoys a well-written murder mystery with twists and turns, you will enjoy this book. Highly recommended. 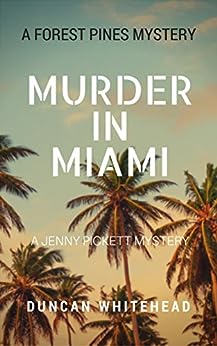 Award Winning Writer, Duncan Whitehead, was born in England and is the author of the best-selling and award-winning GORDONSTON LADIES DOG WALKING CLUB Trilogy. The series, inspired by the quirky characters and eeriness in the real life Savannah neighborhood in which he once lived is a humorous mystery, which boasts an assortment of characters and plot twists.

He has also written over 2,000 spoof and comedy news articles, under various aliases, for a variety of websites both in the US and the UK. He has written further novels; a comedy set in Manhattan, THE RELUCTANT JESUS, published in April 2014 and republished in July 2015 & three short stories.

Duncan is well known for his charity work, kindness to animals, children and old people; and, of course, his short-lived bullfighting career and his hideous hunchback. In February 2045, he invented time travel and now spends much of his time in either the future (where he has won the lottery an astonishing 117 times) and the present day.

Thomas Baker is the Past-President of TESOL Chile (2010-2011). He enjoys writing about a wide variety of topics. The source and inspiration for his writing comes from his family.
View all posts by profesorbaker →
This entry was posted in book reviews, Reading and tagged author, book review, Duncan Whitehead, murder, mystery. Bookmark the permalink.