How to Teach MUN: Country Research

When you and your students register for a Model UN conference, one of the first pieces of information you’ll receive from the conference organizers is your country assignment.

This information also tells you what committees you’re in and what topics you’ll debate. Once you know your country, your students can start preparing for the conference. And students who are representing the same country (most likely all of your students if you’re leading a small club) can work together and pool their research efforts.

There are various reasons for learning how to research a country:

So, how do you teach your student how to research a country?

How many countries in the world are there?

I asked this question to kick off a lesson on country research that I taught the other day. Most of my students offered a random number between 100 and 200, which is what I expected. One student said 193 — which is almost correct, but not quite. (Note: I’m going to use the terms “state” and “country” interchangeably in this post.)

You and your students might think that the number of countries in the world is a straightforward answer — i.e. a single number — but it’s not. It depends on who you ask and what source you look up. But that leads us to another, more important question: What defines a country or state?

In international law, the 1933 Montevideo Convention lists four criteria for defining a state:

“(a) a permanent population;

(b) a defined territory;

(d) capacity to enter into relations with the other states.”

There’s some debate over whether the Convention is good law. Foreign Policy featured a couple essays on whether it qualifies Palestinian statehood (here and counter-argument here). Regardless, the Convention’s four criteria provide a framework for not only defining a country, but how to research it.

There are four areas of a country that your students should research:

Geography represents different features about a country today, but students should also learn how those features have changed over time and why. In addition to country geography, they should study a country’s history. This combination of geography and history amounts to a country profile.

To help your students explore their country, I’ve prepared this handout. It features 20 frequently asked questions about country geography. It also has directions for preparing a brief presentation about their country. This handout could be used to help students practice their research skills, as well as public speaking.

I also think Wikipedia is a good primer for researching your country. It should not be quoted or cited, especially in academic writing, and you should emphasize that to your students. But for Model UN, and for introductory-level research, Wikipedia often provides a good overview of a topic, and more importantly, it can lead your students to more robust sources of research, e.g. primary sources. I would treat Wikipedia like a background guide in Model UN: it’s not meant to be authoritative; rather, it’s a starting point for your research.

Additionally, see if your country’s Ministry of Foreign Affairs has a website, which will often contain information on current events and history, as well as speeches by government leaders. Also, online news sources should round out your students’ country research.

At the Montessori MUN Conference in NYC, which draws 4th grade to 9th grade students from around the world, schools prepare for the conference by creating posters of the countries they represent.

This is a great activity for younger students to teach them country research and engage them in world affairs. 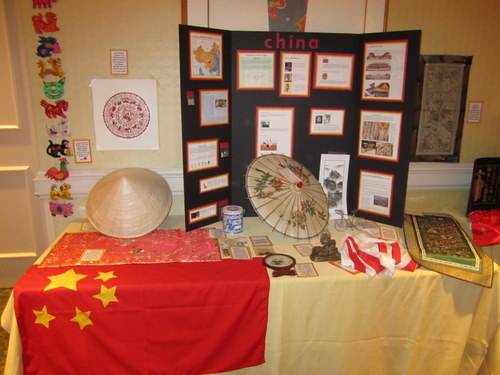 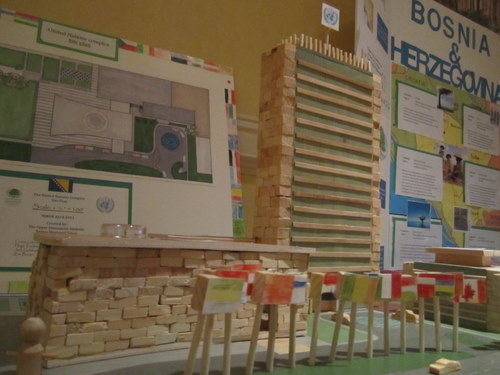 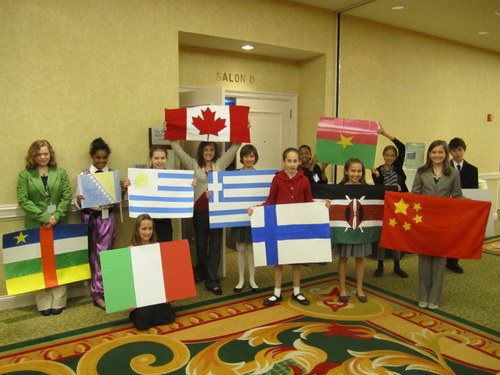 Do you have any questions about country research? Or would you like to share any tips on teaching students how to research their country?

Thomas Baker is the Past-President of TESOL Chile (2010-2011). He enjoys writing about a wide variety of topics. The source and inspiration for his writing comes from his family.
View all posts by profesorbaker →
This entry was posted in public speaking, Teaching Tips and tagged country profile, Model UN, MUN, public speaking, research. Bookmark the permalink.