The Model United Nations Simulation: 7 Tips To Better Your Performance

Simulations offer students an opportunity to learn from firsthand experience. This sort of experiential learning allows students to apply and test what they learn in their textbooks, and often helps to increase students’ understanding of the subtleties of theories or concepts and draw in students who can be alienated by traditional teaching approaches. Simulations require students to learn and perform in interactive environments in which “it is the environment that is simulated, but the behaviour is real” (Jones 1995: 7).

By putting students in role-play situations where they need to make defensible decisions and often have to convince others to work with them, simulations also provide students with the opportunity to develop their communication, negotiation, and critical thinking skills, and in many cases, improve teamwork skills. 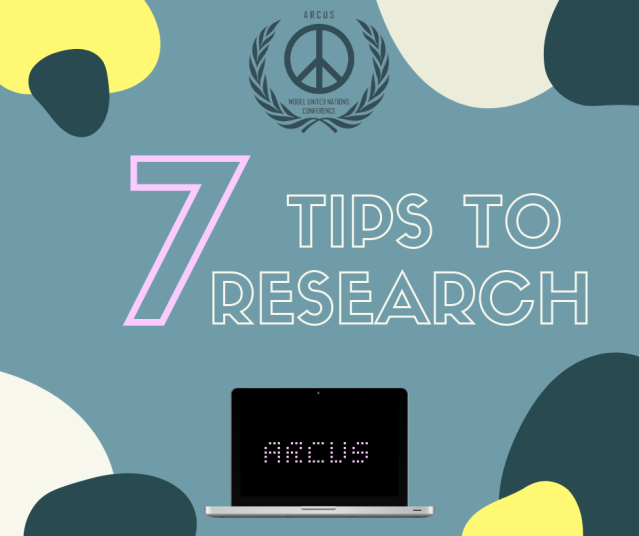 The growth in membership and topical relevance of the United Nations itself has been largely responsible for the worldwide dissemination of the Model United Nations project, providing the motivation for educators and students alike to embrace the popular Model United Nations simulation as a way of teaching and learning about transnational issues, global governance and diplomacy (Muldoon 1995: 28; Phillips and Muldoon 1996). 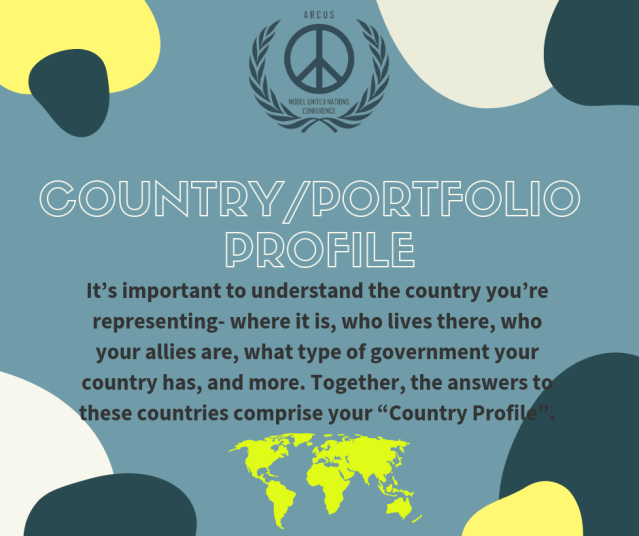 After a period of preparation involving research on their allocated countries and designated policies, delegates participate in a strategically condensed simulation of the work of existing United Nations bodies such as the Security Council, the General Assembly or the Economic and Social Council (ECOSOC) (Phillips and Muldoon 1996: 142).

The Model United Nations programme is best understood as an operational simulation, which is to say it seeks to simulate the work of an actually existing body and uses role descriptions and expectations of participants derived from the United Nations itself. Further, it encourages participants to engage with contemporary or historical events or issues of importance to the United Nations system (Muldoon 1995: 28). 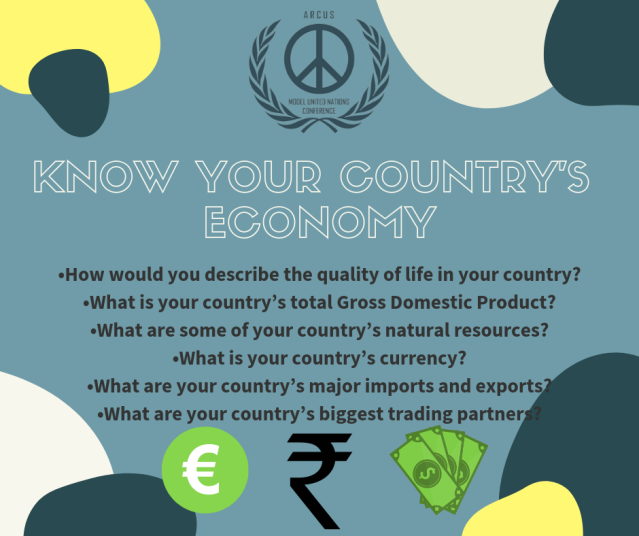 As a highly flexible simulation framework, the Model United Nations is suitable for delivery in a variety of contexts and at a wide range of learning levels.

Model United Nations simulations are found in schools, colleges and universities around the world, and run variously as short duration in-class events, semester- and year-long programmes, and even major residential conferences, bringing together hundreds of participants from across nations, regions or the world.

At many universities, the Model United Nations simulation operates as an extra-curricular activity open to the entire student body and staged by student clubs and societies, sometimes with the assistance or support of international relations programmes and academics. 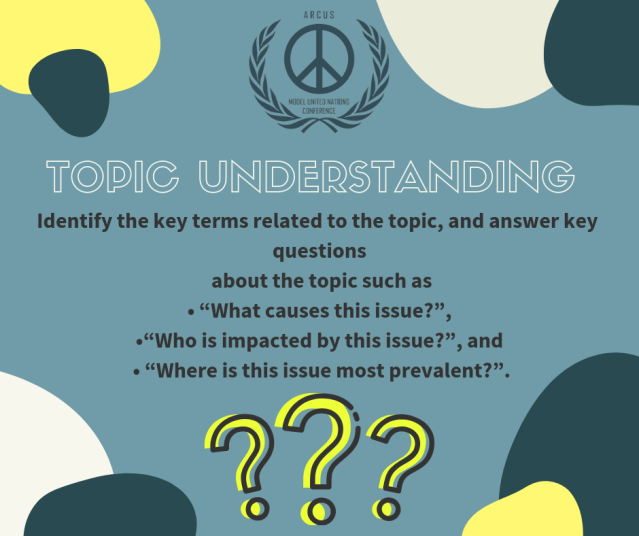 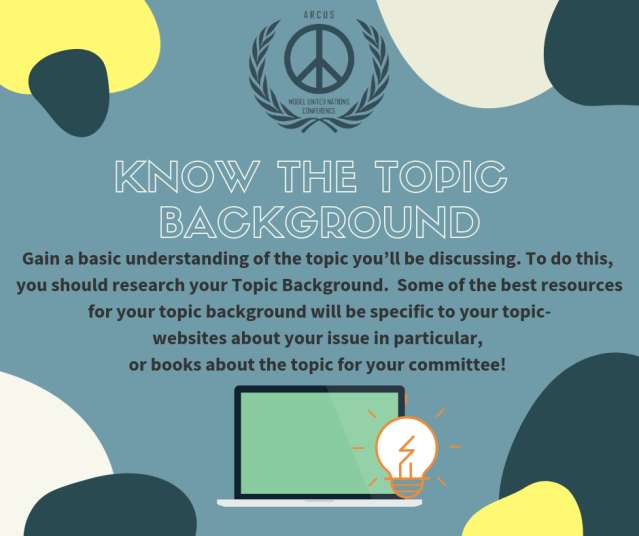 There are four components of formal assessment of students’ performance:

1) a formal written and researched country position paper (worth 25%);

3) a collated, annotated and indexed binder of research sources (worth 25%); and,

4) a reflective essay in which the candidate is asked to reflect on their experiences
in the simulation (worth 15%).

Students improve their ability to research, reflect and engage critically with their
experience as learners. The reflective essay component of the module encourages students to reflect on how their Model United Nations experience has illuminated or informed other subjecta they have studied. They are also encouraged to reflect on the skills they have acquired through participation. Participants are led to consider the extent to which the simulation and its outcomes reflect the ‘reality’ of diplomatic
practice and United Nations procedure. 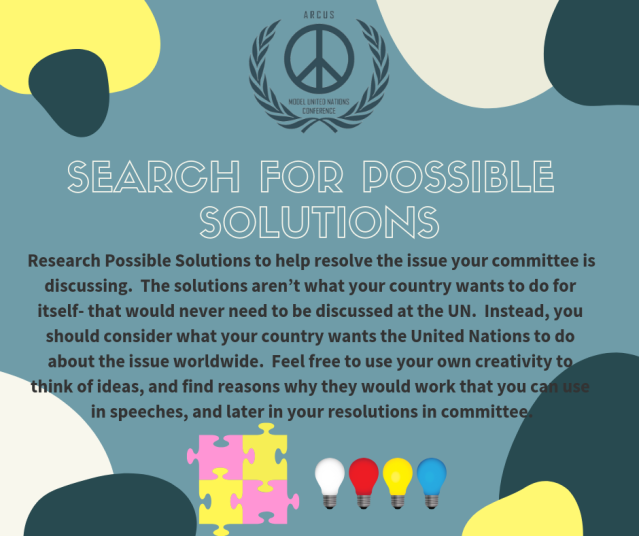 Students have praised the module for developing their awareness of other cultures and countries, facilitating knowledge of the operation of international diplomacy and the work of the United Nations, and providing them with key employability related, soft skills.

Simulation role-play encourages students to examine their own prejudices and positions more thoroughly and to draw on a wider range of research materials. The requirement to represent a nation other than their own also ensures that students examine unfamiliar viewpoints and develop empathy for alternative voices and
perspectives.

In this, students have the ability to enrich their understanding and that of their peers. The crosscultural awareness gained and the training in diplomatic protocol, formal debating standards and the processes of an intergovernmental organisation requires students to encounter and engage with diversity and difference and to respectfully and productively dissent where appropriate.

Thomas Baker is the Past-President of TESOL Chile (2010-2011). He enjoys writing about a wide variety of topics. The source and inspiration for his writing comes from his family.
View all posts by profesorbaker →
This entry was posted in Politics, public speaking, Research, Teaching Tips, Writing and tagged Model United Nations, MUN, public speaking, research, resolution. Bookmark the permalink.